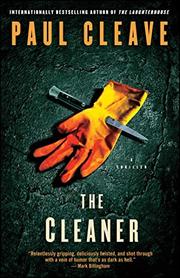 A detailed look inside the mind of a remorseless serial killer penned by a New Zealand-based writer who specializes in gore and the gruesome side of crime.

Joe, whose name is repeated endlessly by the characters in this book, is a janitor at the Christchurch, New Zealand, police station, where he scrubs urinals, mops floors and vacuums while eavesdropping on the department’s investigation into a serial murderer that preys on women. Joe’s interest in the killings is not academic or even a matter of morbid curiosity; he is the very busy and exceedingly brutal perpetrator of these homicides. But he’s not watching the police to see how close they’re getting at the moment; instead his curiosity is based on the murder of a woman who is not his own victim. Incensed that a copycat is also on the loose, Joe decides that the extra murder is the perfect cover for him. His plan is simple: find out who did it and pin all of the homicides on the other killer. Since Joe has access to police records and meetings, he sets out to find out who, if anyone, the cops are looking at as a suspect, but there are complications along the way, including Sally, another janitor who likes him too much for his own good. Cleave’s universe is populated with a palpable brutality. The glimpses of insight he offers into his killers’ thoughts are simultaneously disturbing and fascinating in a sick sort of way. As a writer, he knows how to grab the reader’s attention, but even fans of darker thrillers will find the level of violence in this book disturbing. Cleave has no boundaries he won’t cross and no compunctions about writing solely sacrificial characters into his storyline. Except for the constant repetition of Joe’s name, the book is well-narrated and interesting, even though it sloshes around in buckets of blood with disturbing cruelty.

This story is the literary equivalent of standing on the street beneath a skyscraper watching a disturbed soul teeter on a ledge, threatening to jump.