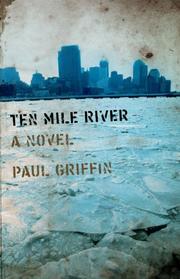 Debut novelist Griffin tries to capture life on the streets of New York but fails to deliver actual grit. Smart-but-fat Ray and stupid-but-sexy José live in squat luxury (cable, Playstation, no adults) and commit petty crimes in northern Manhattan and the Bronx without ever treading on anyone else’s turf. Friendship and romance with a sassy Washington Heights girl, stints in juvie, attempts to go straight and various criminal escapades feel flat and the lack of any back story for the boys strips emotional resonance from their escapades. And it’s all so easy: They get caught only for petty things rather than the crimes that would have real consequences, and even after six months locked up the only squatters in their squat are dead junkies. This smoothed-out and glamorized vision of life on the streets, chronicled in dated, sometimes forced slang tempered by purple prose (“puked a downpour of summer hail”), may appeal to suburban readers, but city-savvy teens will laugh at the fantasy. (Fiction. 14 & up)