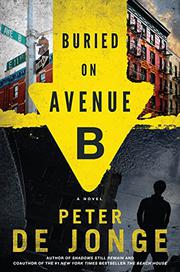 BURIED ON AVENUE B

Manhattan South’s Detective Darlene O’Hara (Shadows Still Remain, 2009) scours the eastern seaboard for the truth about a grisly discovery in a community garden.

Home health care aide Paulette Williamson doesn’t expect O’Hara to take her seriously when she reports that her client, veteran junkie Gus Henderson, told her that he murdered his off-again partner Charles Faulk 17 years ago and buried him in the garden at 6th Street and Avenue B. The addled old man clearly isn’t much of a witness, even to his own felonies. But O’Hara persuades her boss to let her dig up the plot Henderson has indicated. Sure enough, they find a corpse, though it’s that of a 9-year-old boy who’s been much more recently interred after he bled out from a bullet wound in his shoulder. Stung by having gratuitously opened a cold case with an unidentified victim and no leads, O’Hara posts the technical specs of the bullet on the national law enforcement database. To her amazement, the Sarasota PD reports a match. Longboat Key resident Benjamin Levin, who forsook the boxing ring 60 years ago to manufacture women’s gloves, reportedly shot himself six months ago with the same .22 rifle. What possible connection could there be between two shooting deaths of victims two generations removed whose remains were discovered 1,200 miles apart? To answer that question, O’Hara will have to team up with a no-nonsense lesbian detective in Sarasota, track down a suspicious van gone missing in South Carolina, search for a pair of distraction burglars who prey on the recently widowed elderly, and interrogate a clutch of gypsies back home.

De Jonge seasons what might have been a routine procedural with a heroine who’s sensitive without being tiresome and a half-dozen nifty surprises.