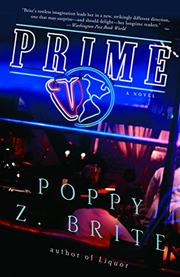 Previously, two young gays, Rickey and G-man, opened their own restaurant in New Orleans and based their entire menu on fancy booze-flavored dishes. Here, it’s two years later, and they’ve become famous, as has Liquor, with great reviews in the New York Times and Gourmet. But now a local review by Humphrey Wildblood seems to trash the restaurant while really trashing shady chef Lenny Duveteaux, whose investment in Liquor makes him part-owner. Actually, the bad review has been prompted by New Orleans DA Placide Treat, who, despite being admired during his 24 years in office, fears that Lenny’s personal lawyer, Oscar De La Cerda, will give him a strong run for office. Treat, it happens, unleashed his son Humphrey Wildblood (a nom de plume) onto Liquor. Rickey and G-man want to buy Lenny out and own Liquor wholly but haven’t the cash. When Texas zillionaire Fred Firestone, who owns the failing Firestone restaurant in Dallas, offers Rickey $10,000 for a week’s consultancy in Dallas, Rickey at first thinks no, but when the wiring of Liquor’s old cooler setup fails and heavy expense arises for a new cooler, he chooses to take up the offer. Lenny, meanwhile, has been arrested by DA Treat and had his ten years of taped telephone calls impounded. When critic Wildblood returns for another meal, he and Rickey have a fuming face-off, with Wildblood making Rickey an offer to give evidence against Lenny. Soon Rickey’s off to Dallas to help award-winning chef and author Cooper Stark straighten out his Dallas menu. After getting raves for his help, he returns to the Big Easy only to hear that Coop has killed himself and willed Rickey his entire estate, including an apartment house. What is it that links Fred Firestone in Dallas to DA Placide Treat?

Food writing to die for, but little humor in the seasoning.