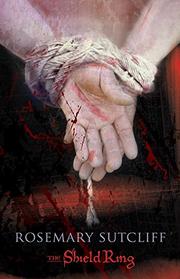 At the close of the Norman, conquest, the Viking strongholds in the north of England were fighting a losing battle to keep themselves together. In this her latest story, Rosemary Sutcliff takes a particular struggle that must have been typical of a troubled age. It begins with the escape of small Frytha from a Norman raid on her father's farm, to Jarlstead, a Viking camp in the mountains. There she is taken in and cared for and, throughout the years of her childhood, becomes the firm friend of the musical Bjorn who grows up to be one of Jarlstead's warriors. As the narrative progresses towards a climactic battle between the Normans and Vikings, the story is one of just retribution and family differences squared away. Though the future holds no place for the Vikings as victors, it promises a fair chance to such young people as Frytha and Bjorn. Again the story gains its distinction from this author's ability to weave a rich fabric of place and time with small things as well as large.