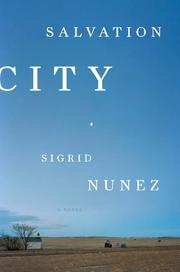 An adolescent orphan finds a home with an evangelical Christian community after his parents perish in an influenza pandemic, in the latest from Nunez (The Last of Her Kind, 2005, etc.).

In this not-so-unfathomable scenario, the American health-care system is woefully ill-equipped to cope with a long-predicted worldwide influenza outbreak. Caught in the chaos are Serena and Miles Vining, bourgeois-bohemian academics forced to leave Chicago for Indiana when Miles couldn’t get tenure. Their only son Cole has had a secular upbringing—Miles and Serena scorn fundamentalism of all stripes. When “panflu” suddenly overtakes their small town, Miles dies at home, and after several days of delirium Cole awakens in a hospital, only to learn that his mother has died, as well as his only other next-of-kin, Serena’s twin sister Addy, who lived in Berlin. He’s sent to an orphanage (the sheer number of newly parentless children has revived the need for such institutions) dominated by bullies right out of Lord of the Flies, one of many books Cole had refused to read, much to his parents’ disappointment. Rescued by Pastor Wyatt, a reformed alcoholic turned charismatic minister of a Christian enclave called Salvation City, Cole adjusts gradually to drastically different guardians: PW and his wife Tracy, like most Salvation City families, practice home schooling and exalt only one text, the Bible. Cole is surrounded by endearing born-again characters: Boots, a local radio host, Mason, a disfigured former skinhead with a heart of gold, and Starlyn, Tracy’s jailbait niece, considered a “rapture child” marked for early ascension into heaven. Although Salvation City is on full Apocalyptic alert, Cole’s domestic life with PW and Tracy is distinctly less fraught than with his parents. (Serena and Miles were divorce-bound; PW and Tracy never fight.) When Addy, not dead after all, arrives from Germany to claim him, Cole has to choose between diametrically opposed social milieus—no longer such a clear choice.

Class, not cure, is Nunez’s preoccupation, and she handles it with fine-tuned irony and no small measure of profundity.