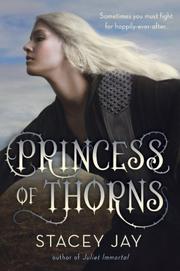 Exiled warrior-princess Aurora, the Sleeping Beauty’s daughter, attempts to save her brother and reclaim her throne.

Fairy-blessed by her dying mother with strength, 17-year-old Princess Aurora hopes to raise an army to free her brother, Jor, from evil ogre queen Ekeeta. Arrogant, crass and beautiful Prince Niklaas is cursed to become a swan on his 18th birthday unless he marries a princess. Disguised as a boy and calling herself Ror, Aurora is disgusted by Niklaas, but when he promises to help her find an army in exchange for an introduction to “his sister,” Ror agrees. While their journey occurs over the span of several days, Aurora and Niklaas’ very Lizzy and Darcy–esque relationship, as well as their growing bond, is entirely believable given the intensity of their experiences. When secrets are finally revealed, their sexual tension practically sizzles, but it’s refreshingly realistic that trust and forgiveness take time. Furthermore, things aren’t as straightforward as they’d seem, as Aurora’s mother’s blessing also came with a curse. The conclusion may come a bit too easy for some, and discerning readers may be left with multiple questions.

Those able to overlook the incomplete worldbuilding will find the compelling, fully fleshed romance and gems of truth scattered throughout the story satisfying and worth the effort.