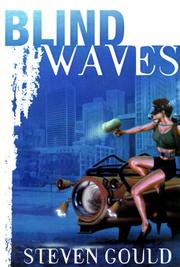 Antarctic volcanoes have caused the polar ice to melt, raising sea levels by a hundred feet: as a consequence, the Immigration and Naturalization Service is now the second largest branch of the US armed forces. Patricia Beenan, a relatively wealthy American, lives on the floating city of New Galveston, two hundred miles off the coast, where she operates an underwater salvage business among the drowned cities of what was once the Texas shoreline. During her latest job, Patricia discovers a freighter, deliberately sunk by large-caliber gunfire, whose chained hold contains the systematically robbed bodies of would-be immigrants. Also aboard are two crew members and an INS serviceman. Afraid that the INS itself did the deed, Patricia flees in her submarine; though pursued by the INS fast patrol craft Sycorax, with its state-of-the-art electronic systems, she manages to evade capture. Back at New Galveston, she meets investigator Commander Thomas Becket, to whom she’s immediately attracted despite his scarred face. The circumstances notwithstanding, the two trust each other, and romance blossoms'though a squad of gunmen then attempts to assassinate the couple. Patricia detects a bomb on her submarine; Thomas discovers that Sycorax’s all-white crew has connections to racist terrorists; and that same certainly murdered the dissenting INS serviceman aboard the freighter. Worse, they're planning a spectacular exploit in the next few days. Solid sleuthing with an agreeable romance and plenty of hair-raising escapes: well up to Gould’s previous high standards (Helm, 1998, etc.).