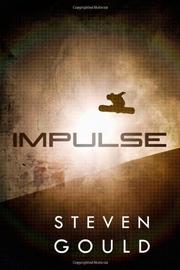 The third of a well-regarded series (that inspired a poorly regarded film) is essentially Teleporting: The Next Generation, as Davy and Millie Rice’s daughter Cent discovers that she, too, can “jump.”

Years after teleporter Davy Rice was captured by a mysterious corporation (Reflex, 2004), he remains paranoid that they’ll find him or his loved ones again. He and his wife, Millie, live off the grid in a nearly inaccessible lodge 60 miles from the Arctic Circle, home-schooling their 16-year-old daughter and strongly discouraging her from developing relationships with others. Cent’s unhappiness with the status quo finally persuades her parents to purchase a home in a small town and enroll her in high school. Of course, the Rices’ pretense at a normal life doesn’t last long. Like her parents, who covertly teleport to spearhead relief efforts all over the globe, Cent has compulsive heroic tendencies. She simply can’t resist employing her newly developed teleporting ability against Caffeine, the school bully who’s blackmailing three freshman into serving as drug mules. Davy’s overprotectiveness of his daughter will be most amusing to series fans—as a 17-year-old in Jumper (1992), he was robbing banks and fighting terrorists. One of the strongest aspects of the series is its serious attempt to explore and exploit the possibilities of teleporting (and how to circumvent them), and Cent’s experiments to add velocity to her jumps add velocity to the plot. Readers will cheer for sympathetic Cent, but she’s a bit too perfect; despite her extraordinarily isolated upbringing and claims of social awkwardness, her insightfulness about people is incredibly high, and she’s unreasonably able at negotiating the dating scene. Ultimately, though, this is a great romp with a little social conscience–raising mixed in.