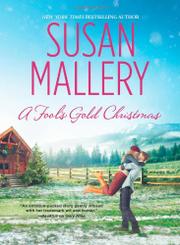 When dancer Evie Stryker’s three brothers bring her to Fool’s Gold after a career-ending accident, she expects to stay a year at the most before escaping back into the real world. She certainly doesn’t expect to be seduced by the town, her new job as a dance teacher or her sexy neighbor—who also happens to be her eldest brother’s law partner. Dante Jefferson has a reputation as a player, so Evie knows that any relationship will be both short-lived and frowned upon by her family. Still, he’s sexy, sweet and fun, and Evie has her eyes wide open. She’ll be fine, just so long as she doesn’t fall in love. But neither Dante nor Evie is ready for the soul-searing attraction they share or the slow-building connection they feel to the town. Dante has sworn off love forever, but he’s moved by Evie’s obvious strength and resilience, as well as her emotional vulnerability when it comes to her family. Even so, the closer they get, the stronger the urge Dante has to push Evie away. When he realizes that their lighthearted entanglement has led to a full-fledged love affair, Dante bolts. But who can fight the pull of the woman he loves, the magical season he thought he hated or the pretty little town he just can’t get enough of?

A sweet, heartwarming Christmas romance with engaging characters, a family-redemption arc and a winning seasonal charm that will delight most genre fans.