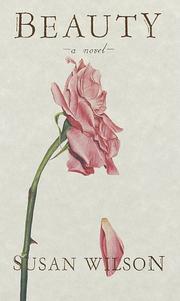 ``Beauty and the Beast'' in a modern setting, courtesy of first-novelist Wilson. Alexander Miller comes from a long line of modestly talented artists, all of whom have painted portraits of the aristocratic Cromptons. Alexander takes a commission from the current Crompton, Leland, but because he is ailing, and because his daughter, Alix, is a better artist, he sends her instead. Naturally, Lee lives in a mansion on inherited money, while it's not quite clear what Alix lives on, unless the reader is to believe it's her art. Anyhow, Alix falls in love with Lee, though not because of his money, and not at first glance, certainly, since Lee is afflicted with acromegaly—also known as ``giantism''—and is really a bit of a freak. (He's gentle, though.) There are several obstacles: Lee's protective housekeeper Mrs. Greaves, who's suspicious of Alix's motives; Alix's boyfriend Mark, who seems to value Alix only for quick sex; and her father Alexander, who has been diagnosed with cancer and is dying a slow death in a hospice. Actually, her father's death works neatly to demonstrate what a nice person Alix is, because of how tenderly she cares for him in his final days. And Lee's a nice person, too, it turns out, because he sits and talks with the dying man for hours. Surprise: Mark, with no more feelings than a beast, doesn't want to see Alexander at all! Once Mark is out of the way and her father dies, Alix and Lee marry— but, taking several pages from Erich Segal, Wilson kills off Alix and leaves the Beast to raise his beautiful daughter alone. It's really sad, but kind of redemptive, too. None of the men here manage to seem real, and Alix herself is a bit of a scold, giving the love scenes a decaffeinated feel. A tale not so much sweet as Nutra-Sweet. (First serial to Good Housekeeping)