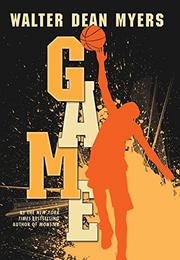 Drew Lawson is a basketball player in Harlem with “big-money dreams.” He’s not about gangs or running the streets, just ball, and he hopes he has more to him than those lost to the streets, enough to carry him to a Division I university and on to the NBA. He just has to live up to his ability. But always, just below the surface, is Drew’s awareness of the stoops and street corners where people fall behind on their games and lose interest in the score. Drew has a strong family, including a smart, pretty, sassy sister to keep him focused. Drew knows who he is, and he’s intent on not blowing his chances. The author’s knowledge of basketball shows in the expertly realized game sequences. There’s plenty of basketball here, but, as in any good sports novel, more is going on than the sport; life is the game, and this is a sensitive portrait of a likable young man, his family, city and dreams. A good match with Myers’s Monster (1999) and Slam (1996). (Fiction. 11+)