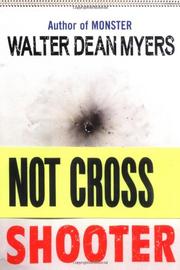 When a shooting occurs at Madison High with two students killed and six injured, investigators try to get to the heart of the tragedy in hopes of preventing further occurrences. Absent or abusive parents, bullies at school, students feeling like powerless outsiders, access to guns, and a troubled student who’s a “ticking bomb” waiting to go off seem to form the deadly combination, but is this after-the-fact analysis likely to help prevent future shootings? Told through transcripts of interviews, official reports, newspaper articles, Miranda warnings, and a handwritten journal, the story has the feel of an official report and about as much drama. The hodgepodge of documents and the dense print create a heaviness to the work, and readers may not have the patience to sift for the nuggets of insight the reports contain. Though the volume is not as effective in its innovative format as Myers’s Monster (1999), the subject matter, as current as today’s headlines, will attract readers. (Fiction. YA)