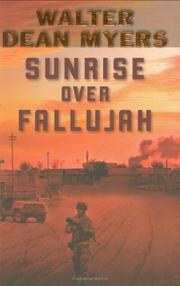 In 2003, in the early days of Operation Iraqi Freedom, young Robin Perry already wonders about “an enemy we can’t identify and friends we’re not sure about.” Myers dedicates this novel to the men and women who serve in the United States Armed Services and to their families, and he offers a powerful study of the strange war they have been sent to fight, where confusion and randomness rule. Why are they fighting? Whom are they fighting? When will they be hit next? Narrated by Robin, nephew of Richie Perry, the main character of the landmark Fallen Angels (1988), this companion expertly evokes the beauty of Iraq and the ugliness of war. Given the paucity of works on this war, this is an important volume, covering much ground and offering much insight. Robin’s eventual understanding that his experience was not about winning or losing the war but about “reaching for the highest idea of life” makes this a worthy successor to Myers’s Coretta Scott King Award–winning classic. (Fiction. 12+)