Herb Simon was named Chairman Emeritus of the Board of Directors of Simon Property Group in 2007. He was Co-Chairman of the Board from 1997 to 2007, after serving as Chief Executive Officer from 1993 to 1995. Mr. Simon co-founded Melvin Simon & Associates, Inc. (the predecessor company) in 1960 with his brother Melvin and currently serves as Co-Chairman of the Board of Directors. His diversified business interests beyond real estate include ownership of the National Basketball Association's Indiana Pacers, and he serves on the Board of Governors for the National Basketball Association. He has been director of Simon Property Group since 1993.

Marc Winkelman is president and CEO of Calendar Club, LLC, which operates seasonal stores and kiosks selling calendars, games, toys, and musical giftware. Marc is currently the secretary of The Elie Wiesel Foundation for Humanity and the secretary of the National Jewish Democratic Council. He also serves on the board of trustees for the St. David's Community Health Foundation and on the Advisory Council of the University of Texas Press, as well as the board of directors for the Texas Book Festival.

Brought on as Kirkus’ Vice President of Business Development in early 2011, Kuehn was named COO in 2012 and CEO in 2015. She oversees all business and editorial operations and is credited for leading the company’s turnaround and unprecedented growth after it was acquired from Nielsen. Prior to joining Kirkus, Kuehn earned success initially as a literary publicist, making her first national bestseller at the age of 22, and then in strategic development, helping build Greenleaf Book Group into one of the fastest growing companies in America.

Kirkus is an inclusive organization of book lovers who hold the craft of writing in the highest regard and appreciate the value of art, culture & criticism in America. 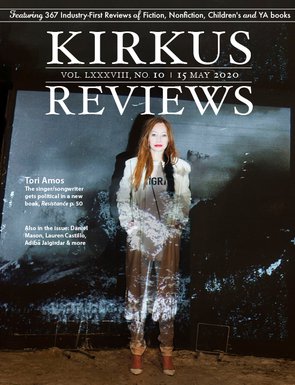 Singer/songwriter Tori Amos gets political in a new book, Resistance.