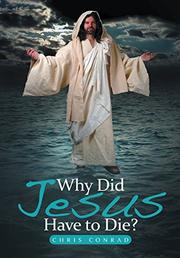 WHY DID JESUS HAVE TO DIE?

Yes, Jesus had to die, but not for the reason Christians have traditionally been led to believe, according to this insightful theology book.

Geologist Conrad leads an expedition through key events in the Old Testament to show that God pointed to his plan for the world’s salvation from the beginning of time. Often, Christians are taught that Jesus died to pay the penalty for human sin that began in the Garden of Eden, but the author says it’s misguided to focus on the disobedience that resulted in sin. “[S]in isn’t just an action; it begins in the mind with a corrupt concept of what God is like,” he writes. Adam and Eve breached God’s trust, and it was this lack of trust in a good God, not the disobedience itself, that was the problem, Conrad believes. It’s not mere theological hairsplitting, and he makes the case that God wants to preserve rather than limit our freedom. Conrad credits Dr. Graham Maxwell as the source of many of the ideas contained in the book and calls his view of why Jesus died the Great Controversy-Demonstration Model, which he uses to present Jesus’ death as the greatest example of the lengths to which God will go to demonstrate how much he loves the world and desires a relationship with everyone in it. Conrad says it’s important to understand that God isn’t “an executioner.” The Romans, he believes, were kinder and more compassionate than the Jews, who followed God. “Is it any wonder that today the secular and nonchurched can be nicer people than those who go to church and have a harsh picture of God?” he asks. It’s a great question. Despite occasional typos, the writing is intelligent and accessible, and some complex theology is explained well. Several examples of the Great Controversy-Demonstration Model are dry reading, but the book would still be ideal for discussion in a Sunday school class or Bible study.

Fresh thoughts about a question the world never tires of asking.