I was born in 1973 and grew up on Long Island. Disregard what many people have said; Long Island wasn't a terrible place to grow up during the 70s and 80s. My parents and my sister loved me. But I was the least popular kid at school and Blah Blah Blah. You've heard this shit before. Hell, maybe you even lived it, too, like me.

What's important is that I loved to read. As I got into science fiction and fantasy and horror, when I became enthralled with genre books my local library was starved for, I got part-time jobs in Junior High and High School so I could buy the books I needed, that I craved, that nourished me.

I went to NYU to study Literature. To study books simply because there was nothing more I wanted to learn everything about. I didn't take a single class on creative writing. Most of my fans are surprised at this, but auditing a few of these classes I saw that they were too competitive for me, that half the students delighted in crushing the works of their classmates.

I wrote in private. I wrote alone in NYU's giant and lonely library. When I graduated and couldn't get a job in publishing, I worked elsewhere and I wrote at night. While my coworkers were becoming fast friends and going out for drinks, I abstained and stayed at home and wrote at night, every night.

My life has been one of sacrifice and success. I'm not complaining, because I've written some good books and I'll write many more. I know that the most satisfying act is not having put "The End" to a book I was proud of. The most satisfying is that hazy span between books. The gathering, like berries, of ideas and characters and themes and story.

Reading and musing and writing. They're more important to me than vegetables and water and air. (But not more important than my wife. Jeannie is the exception to my life of dust jackets and ink-stained fingers and notebooks.) This, in 362 words, is who I am, or in pockets of doubt, who I strive to be. 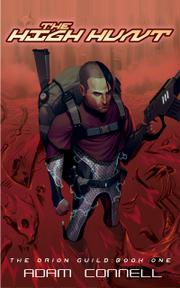 Energetic, edgy sci-fi with a Game of Thrones bent.

Connell (Total Secession, 2012, etc.) returns to the stars after two earthbound sci-fi thrillers, but like his debut novel, Counterfeit Kings (2004), this one mines a rich vein of darker, grittier genre fiction. This novel moves at a breakneck pace with short chapters primed for quick reading. The central conflict is between Lansing—the current (and only) Grand Marksman of a union of professional big-game hunters known as the Orion Guild—and a disgraced former Grand Marksman named Bledsoe, who has been expelled from the same group for hunting human beings. When Lansing returns to Wildernesse, his home planet, to carry out an important mission, he’s teamed with volatile up-and-coming hunters who possess hazardous ambitions. His situation becomes even more dangerous when an unscrupulous rival organization arises, recruiting the fallen Bledsoe as a weapon against Lansing. The Orion Guild—which, due to its mission to control dangerous wildlife, is important to the expansion of human colonization of planets—holds to a strict code of behavior, but Bledsoe and his sponsors will stop at nothing to beat Lansing and the guild at their own game. Sex, violence and swearing are graphic and intrinsic to the story but not gratuitous. Nonetheless, squeamish readers may be turned off; others will enjoy the charged narrative. There are occasional bits of awkward dialogue—a character named Frog says, “Didn’t know your eyes were cockazoot, you cur. You only see in shades of gray, like your furry friends?”—but not enough to kill the engines on this fast-moving sci-fi adventure.

Explosive action in the far future. 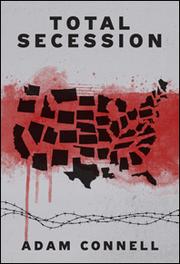 At an unspecified point in America’s future, Grant and Litz are released from a federal prison in Florida on the wave of a nationwide secession from the Union. Grant, in jail for a robbery that caused a murder, wants to get home to his wife, Darling, and their children in New York. Litz, locked up for arson, has “a tendency for revenge.” The two begin a perilous car journey, where they encounter a variety of characters, each with his or her own back story and unique struggle as the nation breaks apart. In New York, Darling’s brothers, Val and Wishful, load up a car with the family of the boy Grant murdered and hit the road to kill Grant before he can set eyes on Darling again. The book moves slowly, like the ex-con’s journey, but never grows dull, and pieces of Grant’s past are peeled back as his story unfolds into a complicated climax. In tough, stylized prose, the characters shine with depth, heart and humor in noteworthy abundance. Grant and Litz are powerfully likable protagonists with a complex, caring relationship that grows and changes as difficulties set them further from their goals. Secession, the backdrop of the novel, seems to function mostly to provide obstacles; earlier and greater orientation to the time period and the national circumstances might make the world more comprehensible. Shorter, more clearly outlined chapters would improve the book’s structure, and a few mild sci-fi elements are left unexplained, although it’s not terribly distracting. The characters’ moving kindness and clever turns of phrase—“The traffic on I-95 North was like a stubborn child” ; “Ever met a condom you didn’t break?”—are sure to keep readers going despite the occasional bout of confusion.

Full of fury and feeling, sure to interest fans of crime novels, thrillers and alternate futures. 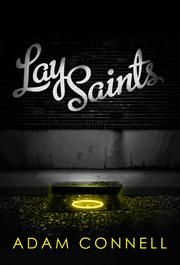 After years spent conveying the thoughts of small-town coma patients to their relatives, 20-something psychic Calder heads for Manhattan, where he’s snapped up by a man named Sotto and his crew of psychics-for-hire. Like everything else in New York, ESP is a racket: By telepathically sussing out potential blackmail fodder or implanting irresistible commands in a target’s mind, Sotto’s contractors will, for a reasonable fee, convince a client’s troublesome tenant to move, a boss to confer a promotion or a business competitor to close up shop. Unfortunately, Calder’s first assignment—swaying a city councilman’s vote on a real estate development—bogs down when the pol proves to be a rare “stone”—someone impervious to psychic manipulation. Mentored by a psychic amateur boxer who doesn’t mind dishing out the occasional old-school beating-as-persuasion, Calder resorts to ever more frantic mental string-pulling as he fends off a rival crew trying to lobby the council in the opposite direction. Meanwhile, he drinks in an atmospheric demimonde—New York City is in many ways the novel’s beguiling antagonist—that includes a stripper with a heart of gold, a priest with a taste for demented violence and thuggish psychic twins who try to run him out of town with an excruciating headache. Connell (Counterfeit Kings, 2004) pulls the psychic scenario out of the usual mystical dungeon and gives it a bracing, noir-edged urban naturalism. For all their supernatural powers, his characters are prosaic working stiffs: hardened, on the make and embroiled in murderous criminal turf battles, yet reigned in—sometimes—by a modicum of professional ethics or Catholic guilt. Despite their direct links to other minds, they reveal themselves mainly in long, discursive conversations that meander through offbeat observations, half-remembered anecdotes and curlicued philosophical ruminations, all phrased in a fluid, punchy, endlessly entertaining vernacular. The engrossing result feels like an ESP-themed mashup of The Sopranos and The Wire as scripted by Quentin Tarantino.

A stylish reimagining of the psychic mystery genre.

The Return of the Soldier by Rebecca West

Sweating out my next novel, always.

"If people bring so much courage to this world the world has to kill them to break them, so of course it kills them."--Hemingway, A Farewell To Arms

I type with two fingers, but faster than most people who use both hands.

Long Live the Kings! A colony of gas mines hovering in the volcanic plumes over the Jovian moon Io. When the colony's leader goes missing after an assassination attempt, a massive manhunt is launched to track him down and return him to power before everything collapses. Confusing the search are the Ringers, indentured bodyguards who have been physically and emotionally altered to look and act just like their leader. They mysteriously dispersed after the attack, these counterfeit kings.
Published: May 13, 2004
ISBN: 978-0-9720026-4-6