Connect with Alan A. Winter

Alan A. Winter is one of those richly gifted people who is able to accomplish a lot and do it well. He wears many hats: novelist, lecturer, teacher, entrepreneur, and health professional. "Savior's Day" is his third novel. While a modern-day suspense thriller, it is laced with history and based on the mysterious disappearance of one of Israel's greatest artifacts that, to date, the Mossad has been unable to solve.

Alan graduated from Rutgers with a degree in history, which he uses to weave complex tales. He studied creative writing at Columbia University’s School for General Studies and has been mentored by noted author, John Bowers.

Alan has professional degrees from NYU and Columbia, and is a trained forensic dentist. Alan was born in Newark and now lives in Bernardsville, N.J. When not writing or lecturing, he prefers hiking and white-water rafting trips, traveling, and working in his wood shop. 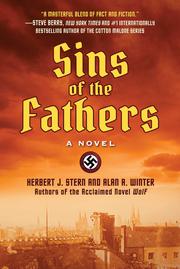 SINS OF THE FATHERS

In this novel, a military aide close to Hitler conspires to thwart his obsessive quest for war in Europe.

Friedrich Richard befriends Hitler while the two recover in a hospital during World War I. Years later, when Hitler becomes German chancellor, Friedrich rises too, ending up an SS general and one of the powerful leader’s closest advisers. But Friedrich eventually realizes that Hitler is an “unbalanced gambler relying on instinct and intuition” and almost certainly insane. Friedrich is horrified by Hitler’s bestial policies regarding the Jewish population in Germany and despairs over the brutal murder of his closet friend, Max Klinghofer, in a concentration camp and vows to exact revenge. In addition, Friedrich is shocked when Hitler announces his plans to annex Austria and invade Czechoslovakia, obvious preludes to a larger march across Europe. But there is hope—much of the officer corps is against a war against the powerful Czech army, which many see as suicidal. Friedrich joins a resistance group that includes other high-ranking colleagues but is stymied by the relentless fanaticism of the “Siamese twins of horror,” Heinrich Himmler and Reinhard Heydrich, both given intriguingly vivid depictions by Stern and Winter. The authors limn a nuanced picture of Hitler as well, that “genius…wrapped in a chrysalis of insanity,” and ably tackle the “enigma” of his bottomless antisemitism. Unfortunately, the writing can be breathlessly melodramatic—gratuitously so since the unvarnished historical record is so riveting—and the book is weighed down by a prolific stack of subplots. But the authors’ command of the relevant historical information is simply extraordinary. Further, they provide what so few novels do—an exploration of the inside of the German military under Hitler. As one of Friedrich’s co-conspirators lucidly explains, “Most professional soldiers are torn between their oath to Hitler, who is the acknowledged leader of our country, or what they believe is best for Germany. While some see them as one and the same, others separate the two. Should it come down to fighting, soldiers will fight.” This is a gripping work of historical fiction, authentic and captivating.

An impressive blend of literary drama and historical commentary. 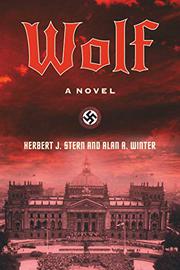 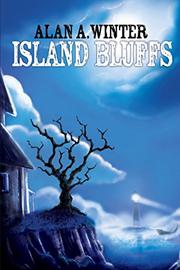 In this emotional thriller, a couple strikes a Faustian bargain in order to have a child.

Gabe and Carly Berk have been married for six years, and that whole time they’ve been trying to conceive a baby, without success. Desperately trying every strategy, they’re now willing to grasp at any straw. For them, “euphoria could not be spelled any sweeter than b-a-b-y.” The Berks are surrounded by a well-drawn cast of supporting characters who are either indifferent to their quest for a baby (such as Megan, a child from Gabe’s first marriage, now grown into a somewhat surly teenager) or puzzled by its urgency (such as Gabe’s father, the “quite lovable, rock-solid Yehuda Berkowitz”). But the couple’s fortunes take a sharp turn when they encounter “the renowned specialist of last resort” Dr. Isadore Teplitsky, who guarantees to solve the Berks’ fertility problems, but who asks quite a bit in exchange. First, they must pack up and move to Island Bluffs, a small, sleepy town on the Jersey Shore, near Teplitsky’s clinic. This strikes the Berks as odd, yet it’s nothing compared with the follow-up: Teplitsky will not only guarantee the couple a baby, he’ll guarantee them twins—one of whom must be surrendered at birth to Teplitsky, without hesitation or question. Gabe, who prides himself on making sound decisions, at first balks at this horrific bargain: “I didn’t sign up for us to have someone else’s baby.” Oddly, it’s Carly who overrides such concerns: “If this is the price we have to pay to have our baby, then we are doing it.” Gabe and Carly—and Megan and Yehuda—all move to Island Bluffs, and Winter’s sure-footed novel follows the twists and turns of their discovery of the secrets hidden behind its quaint facade. There’s a thick atmosphere of dread: the Stepford-esque conformity of most of the town’s inhabitants, the tyrannical sheriff, the well-developed tension when Megan and Yehuda find a pile of human bones in a locked basement room of the couple’s dream house. “What did we get ourselves into?” Gabe wonders at one point. “What did I get everyone into?” The dread only increases as the Berks steadily uncover more dark secrets, including an echo of the Nazi Germany that Yehuda only barely escaped. Winter (Savior’s Day, 2013) keeps what could have been a fairly predictable plot moving briskly, and the climactic series of revelations is handled with smooth control and a good deal of dark humor.

An atmospheric and engrossing modern-day Gothic tale about the lengths to which a desperate couple will go. 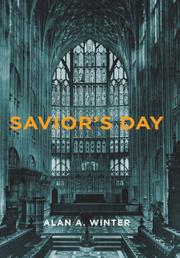 An ancient text contains a shattering truth in this apocalyptic thriller.

Winter’s (Someone Else’s Son, 2013) tense, tightly plotted novel opens with an exceptionally effective dramatic hook: Two men—one Christian, one Muslim—perch in hidden spots on rooftops above Jerusalem’s Western Wall, patiently waiting for an elaborate ceremony to start. It’s a ceremony that has the attention of the entire world, as the pope, the U.S. president, and the leaders of Israel and Palestine plan to handle an ancient biblical text, the Codex of Aleppo, in a symbolic gesture of peace. Jerusalem will then formally become an international protectorate under the jurisdiction of the United Nations, thus resolving territorial controversies that have plagued the region for centuries. Both gunmen, spurred by fanatical visions, are prepared to stop it from happening—even at the cost of their own lives. As Winter ratchets up the tension leading to the climactic moment, he switches abruptly to the story of Cardinal Arnold Ford, who witnesses a man getting shot on the steps of New York’s St. Patrick’s Cathedral; the man hands him a strange slip of paper before he dies. Ford, a craggy, magnetic, middle-aged black man, later meets the intriguing LeShana Thompkins, a New York police detective investigating the shooting. They both have hidden depths: The cardinal sees visions (one early scene in a confessional is particularly chilling), and the detective knows both the Hebrew language and the complicated history and significance of the Codex of Aleppo. As she relates this history to Ford, Winter interweaves chapters that richly evoke the various main characters’ pasts. The complicated plot resembles a pair of interlocking spirals, with Detective Thompkins’ revelations taking readers steadily further back in time and the gunmen’s parallel back stories bringing readers forward to the moment of the shooting. Winter’s command of his historical material is impressive, as is his skill at shaping his characters—particularly Ford and Thompkins, whose unfolding relationship is the best thing in the book. The textual mystery of the codex will please Dan Brown fans, and its execution is a significant step above that in The Da Vinci Code (2003).

By the Rivers of Babylon

Snowflakes in the Sahara

Cross global warming with Manifest Destiny and the result is "Snowflakes in the Sahara" that witnesses two villains team up to use mind control to alter the president and employ the concepts of Manifest Destiny that will bring the US much needed relief and resources as the earth heats up.
Published: Oct. 10, 2000
ISBN: 0-595-10025-2

"Someone Else's Son" is about every parent's worst nightmare: what would you do if someone rang your doorbell, had an 18-year-old standing next to them, and said, "You took the wrong child home from the hospital. here's yours."