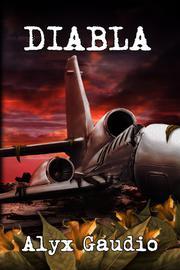 In this sequel, a hard-edged sex worker discovers there are many obstacles on the road to vengeance.

Gaudio’s force-of-nature protagonist is Domenica Delgado, who certainly isn’t your typical woman with a heart of gold. She’s got more of a heart of C-4. After being sexually assaulted as a child, Domenica became a sex worker and a meth addict. In Borrachero (2017), she kicked drugs and then got drawn into a life of crime. In this second installment of a series, she pursues her boss and former lover, who left the pregnant Domenica for dead in the Everglades. This boss also abducted her mother. But traveling south under the radar with little cash isn’t simple. After coercing a local cabbie, she gets nabbed by the FBI shortly after arriving in Mexico. She agrees to become a confidential informant, spying on her former employers, the scopolamine cartel. After word of the FBI presence leaks out, most of the law enforcement team gets killed. Domenica and one agent survive and are picked up by a Coast Guard ship. But corrupt American politicians bought off by the cartel won’t allow her back into the country. She locates and kills her former lover and rescues her scopolamine-addicted mother. Then Domenica continues south to Colombia, seeking to get the target off her back. The author has given himself a big impediment in the form of his antihero. Domenica deserves sympathy for the childhood trauma that she suffered and the scars that she stills carries from it. And most of the people she encounters, especially the men, treat her terribly because of her choice of occupation. In addition, these characters are pretty horrible (her mother is somewhat an exception), with Domenica saintly in comparison. Still, should that give her carte blanche to kill her enemies in the most heinous way? Gaudio’s unnerving narrative reads like the script for a high-octane action film (one that goes straight to streaming). If readers approach the tale in that manner, the cartoony violence is easier to stomach. This short volume does fly right along, since not much space is spent on character development. The novel is a bloody but breezy read.

A damaged antihero reaps retribution in this fast-paced, uneven thriller. 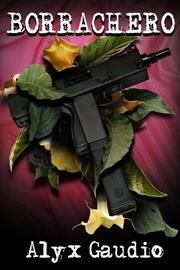 In this debut thriller, a woman navigates a harsh world of sex, drugs, and crime.

Recovery from addiction can be a messy, complicated process, but that doesn’t begin to describe Domenica Delgado’s experience. After getting sick and tired of the vicious cycle of taking meth to get through her stints of prostitution and blowing her earnings on more of the drug, Domenica is finally coming up on six months sober. Unfortunately, someone with her history doesn’t have many options, especially bouncing between towns like American Falls, Idaho, and Jackson Hole, Wyoming. She’s moved on from sex work (mostly) and addiction, but when she finds herself in the Alpine Gentlemen’s Club and she’s offered the chance to dig far deeper into a life of crime than she’d ever considered, she has to question what staying “clean” really means to her. It turns out that crime does pay, but when Domenica finds out how deep that rabbit hole goes, it may be too late to get out. Gaudio’s prose is not for the faint of heart, as the story is textured with the visceral, physical sensations of injury, unpleasant sex, and hard drug use as well as nearly every bodily excretion at one time or another (“I kick the handle, flushing this disaster some overweight woman probably left just to make room for a Big Mac. Disgusted, I put the toilet seat down, sit on the lid, and…suture my wounds”). But those coarse, sometimes-foul descriptions define Domenica’s world, and there’s a powerful sense of truth behind them. Readers are forced to confront the fact that this sometimes-sickening view of everyday spaces and objects is no less genuine than the more sanitized versions they might be used to. But even more than the graphic details and language, Domenica herself shines. At first the portrait of an unlikable protagonist—rude, vulgar, acerbic, criminal—the novel ultimately presents a complex character study of a survivor, someone who takes seemingly desperate acts and situations in stride because she doesn’t second guess the things she does by necessity. This violent world is as quotidian to her as a desk job would be to others. Learning how she got to be the person she is now is an illuminating journey, buoyed by her acid tongue and the tale’s fast-moving action.

This portrayal of a diamond in the rough uses brutal reality to create deeply human empathy.