AMY BILLONE is a scholar and a poet who has published widely in both academic and creative journals and books. She is an Associate Professor of English at the University of Tennessee where she teaches courses on 19th Century Literature, Children’s and Young Adult Literature and World Literature. She holds a B.A. in General Studies in the Humanities from the University of Chicago and an M.A. and Ph.D in Comparative Literature from Princeton University. Her areas of expertise include Romanticism, Children’s and Young Adult Literature, Victorian Poetry, Gothic Studies, Creative Writing, Women Writers and Continental Poetry. Her scholarly book _Little Songs: Women, Silence, and the Nineteenth-Century Sonnet_ (2007) is informed by her unique perspective as a woman poet. As the only extended study of nineteenth-century female sonneteers, _Little Songs_ sheds light on the overwhelming impact that silence makes, not only on British women’s poetry, but also on the development of modern poetry and thought. She also wrote the Introduction and Notes for the Barnes and Noble Classics edition of _Peter Pan_ (2005). Billone’s recent poetry collection _The Light Changes_ (2013) invokes the biographical and creative worlds of Virginia Woolf and Elizabeth Barret Browning as it opens up pathways toward light even in the most unimaginable darkness of our personal experiences and the times we inhabit today. She lives with her two sons in Knoxville, Tennessee.

“Thrilling in its courageousness, breathtaking in its vividness.”
– Kirkus Reviews 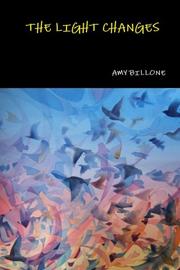 Billone’s debut poetry collection opens with the distinctly violent thud of metal on flesh: “I was raped by a speeding train. I asked it to. / I threw myself before it….Oh what enormous / metal thighs. Oh what fast thudding hips. Again / again against my blackening eyes, skull, chest, waist.” The rattle of crushing bones reverberates through this volume as Billone revisits again and again this vivid moment of loss, of clarity and of new beginnings. For all the isolation this act of surrender implies, Billone’s narrator seems as concerned about the repercussions for her father as for herself. Recently emerged from a coma, she peers from the buzzing confines of her damaged skull and notices his small discomforts: “Now almost dead I wake to feel him stroke / my hand with his weary feet in buckets / full of ice.” Though headed by epigraphs drawn from Virginia Woolf and Elizabeth Barrett Browning—their influences here are undeniable—this volume’s insistent attention to self-violence, suffused with a complex longing for, and yet wariness of, paternal blessing begs for comparison to Sylvia Plath, a comparison in which Billone more than holds her own. Poems such as “Invitation from a Carnival after a Storm,” “Paris to London” and “If Nothing Else” demonstrate her ability to convey a rich, fraught sensuality with sharply lucid verse. Like Plath, she evokes a father both omnipotent—one who can tear down her “tiny words” with “bare / gigantic / father arms / overwhelming”—and omnipresent, a hovering, suffocating presence whose “terrified eyes” and “gasping face” may have been prescient or may have pushed the narrator to attempt suicide. Unlike Plath, however, she learns—from her father’s fears, from that thudding train and from her late mentor, the poet Jack Gilbert—to savor the profound intensity of approaching loss. As her attention moves from her own recovery to the birth of her son, she cherishes each exquisite moment preceding the loss of their shared bodies: “My God, I have never loved / anything as much as these / ripples inside me.” Indeed, in this tightly woven exploration of how to hold onto something important amid constant change and loss, the “gray light changes / will change // is changing now / as it always does.”

Thrilling in its courageousness, breathtaking in its vividness.

“No familiar shapes/Remained, no pleasant images of trees,/Of sea or sky, no colours of green fields;/But huge and mighty forms, that do not live/ Like living men, moved slowly through the mind/By day, and were a trouble to my dreams.”

A fascinating combination of vivid memories and the ecstatic fluidity of forgetfulness.

In Little Songs: Women, Silence, and the Nineteenth-Century Sonnet, Amy Christine Billone analyzes the bond between lyric poetry and silence in women’s sonnets ranging from the late eighteenth-century works of Charlotte Smith, Helen Maria Williams, and Anna Maria Smallpiece to Victorian texts by Elizabeth Barrett, Christina Rossetti, Isabella Southern, and other, lesser-known female poets. Although scholars acknowledge that women initiated the sonnet revival in England, Little Songs is the only major study of nineteenth-century female sonneteers. Billone argues not that women’s sonnets overcame silence in favor of lyrical speech during the nineteenth-century sonnet revival, but rather that women simultaneously posited both muteness and volubility through style and theme. In opposition to criticism that stresses a modern shift from compensatory to non-consolatory poems of mourning, Billone demonstrates how women invented contemporary elegiac poetics a century in advance. Adding to critical interest in the alliance between silence and literature, this book offers a complex study of the overwhelming impact that silence makes, not only on British women’s poetry, but also on the development of modern poetry and intellectual inquiry. Ultimately, Little Songs illustrates how the turn away from the kind of silence that preoccupied nineteenth-century women poets introduced the start of twentieth-century thought.
Published: March 22, 2007
ISBN: 978-0814210420

Excerpt. © Reprinted by permission. All rights reserved. From Amy Billone’s Introduction to Peter Pan: Unlike characters in most other children’s literature, Peter Pan has achieved mythological status. Even though many people have not read Barrie’s novel or play, Peter Pan is now as well known as Cinderella or Sleeping Beauty. Why is Peter Pan such a memorable drama? The story may be so compelling partly because of its attentiveness to reversibility. Childhood and adulthood, birth and death, boys and girls, dreams and waking life all persistently change places in the story. But they change places in such a way that they reinforce rather than dismantle the oppositions that confuse and distress us. Children do become adults; birth leads to death; boys and girls cannot effortlessly change roles; dreams remain distinct from waking life. Time moves ferociously forward. Even though Peter Pan is the story of a boy who never grows older, the narrative proves that everyone else must age. The first sentence of the novel tells us so: “All children, except one, grow up.” While the legend tempts us with achingly desirable unions, it is about the difficulty (if not the impossibility) of fusing disparate worlds: life and death, dreams and reality, masculinity and femininity, childhood and adulthood. Through lively comedy, Peter Pan brilliantly masks the underlying sadness that threatens to pull the story apart. The heartbreaking undercurrents in Peter Pan become evident when we consider the mirroring between fantasy and reality that took place in J. M. Barrie’s life. Like Peter Pan, Barrie remained a ghostly outsider. He wanted children of his own but instead found himself staring in at the Llewelyn Davies family, with whom he shared no blood relationship. Peter Pan convinces the Darling children to fly away with him in an attempt to take them from their parents and make them his; Barrie inadvertently achieved the same result with the Davies boys. In 1907 Arthur Llewelyn Davies, their father, died of cancer of the jaw. In 1909 James and Mary Barrie were divorced because of her affair with Gilbert Cannan. And in 1910 Sylvia Llewelyn Davies died of cancer. Barrie was left with five boys—age seven to seventeen—all of whom were now orphans left to his care. What was J. M. Barrie’s relationship with the Davies brothers? There are certainly passages in some of Barrie’s novels that read, a century after their publication, as suspiciously attentive to the attractiveness of little boys. Barrie’s involvement with the Davies boys was unusually close—more intense, perhaps, than typical relationships between parents and their natural offspring. However, Nicholas Llewelyn Davies swore to Barrie’s biographer Andrew Birkin that Barrie never showed one hint of homosexuality or pedophilia toward him or his brothers. Critics have for the most part concluded that Barrie was entirely sexless. Nevertheless, he loved the Davies brothers obsessively. We might even go so far as to say that he was in love with at least two of them, George and Michael. As Barrie himself wrote in Margaret Ogilvy, “The fierce joy of loving too much, it is a terrible thing” (p. 206). Years later, Barrie wrote to George Llewelyn Davies, then twenty-one years old and fighting in World War I: I do seem to be sadder today than ever, and more and more wishing you were a girl of 21 instead of a boy, so that I could say the things to you that are now always in my heart. For four years I have been waiting for you to become 21 & a little more, so that we could get closer & closer to each other, without any words needed (quoted in Birkin, p. 228). Shortly after receiving Barrie’s letter, George was killed in Flanders. This event was probably the most traumatic experience Barrie had endured since his brother’s death. But the worst was still to come. On May 19, 1921, Michael Llewelyn Davies, the fourth of the boys, was drowned while swimming in Oxford with his best friend, Rupert Buxton, who also drowned. Like George, Michael died when he was twenty-one. Rumors circulated that the deaths of Michael and his friend Rupert were intentional, the result of a mutual suicide pact. Barrie never recovered from Michael’s death. His secretary, Lady Cynthia Asquith, wrote that he looked like a man in a nightmare. He became suicidal and grew quite ill with grief. “All the world is different to me now. Michael was pretty much my world” (letter to Elizabeth Lucas, December 1921; quoted in Birkin, p. 295). He explained in his notebook that he dreamed Michael came back to him, not knowing he had drowned, and that Barrie kept this knowledge from him. The two lived together for another year quite ordinarily though strangely close to each other. Little by little Michael realized what was going to happen to him. Even though Barrie tried to prevent him from swimming, both knew what was sure to happen. Barrie accompanied Michael to the dangerous pool, holding his hand, and when they reached the deadly place, Michael said “good-bye” to Barrie and went into the water and sank. Barrie interrupts his account of the dream with new insight into the import of Peter Pan: “It is as if, long after writing P. Pan, its true meaning came back to me, desperate attempt to grow up but can’t.” Although Barrie lived for another sixteen years, he was never able to write successfully after Michael died. The author passed away before the final scene of this tragedy, for Peter Llewelyn Davies, too, eventually took his own life; in 1960 he jumped beneath an underground train in London.
Published: Oct. 5, 2005
ISBN: 978-1593082130