Amy Rivers was born and raised in southern New Mexico and currently resides in Colorado with her husband and kids. Her graduate work focused on politics, psychology and forensic criminology, topics she loves to incorporate into her personal essays and novels. Amy has been published in Chicken Soup for the Soul: Inspiration for Nurses, Novelty Bride Magazine, and Splice Today, as well as several fiction anthologies. She is the author of two novels, Wallflower Blooming and Best Laid Plans & Other Disasters. Her third novel, All the Broken People, will be released in March 2019. 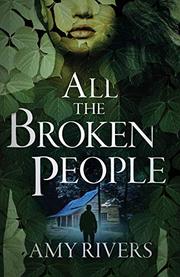 ALL THE BROKEN PEOPLE

A woman wrestling with a dark past travels to her husband’s hometown and discovers that he’s plagued by secrets of his own.

In this novel, Alice Bennett is a successful magazine writer happily married to Will, a handsome, high-priced lawyer. But after she finally discloses unseemly secrets about her past—her father was “an abusive alcoholic” and she struggled with the same addiction—that breach of trust upends her marital bliss. So when her mother-in-law, Mae, is badly injured in a fall, Alice travels to the Georgia mountains to help her recover, an opportunity to curry favor with Will and slowly regain his affection. But as Mae’s memory begins to return—she had suffered a concussion and her recollection of the accident had been hazy—she comes to believe a man intentionally pushed her. Later, Mae’s dog is attacked; her property catches fire; and someone seems to have maliciously tampered with her medication. The police suspect Larry Lee Simms, known as one of the “town bullies” with a penchant for violence and petty crimes, who’s probably responsible for a string of recent burglaries. In addition, the Simms and Bennett families share a long history of unresolved acrimony and have “been at each other’s throats for generations.” As Alice digs deeper into the town’s buried past she learns Will harbors terrible secrets of his own and that his own checkered history is somehow woven into the mysterious danger that threatens Mae. Rivers (Best Laid Plans & Other Disasters, 2017, etc.) artfully conjures a melancholic atmosphere of dread, and the promise of unraveling a skein of closely guarded secrets keeps readers in a state of tantalizing suspense. The novel’s characters are vividly real and portrayed with great psychological nuance and moral sensitivity. But the author’s prose can be clumsily theatrical and sprinkled with clichés: “If looks could kill, he’d have been six feet under.” And she tries far too laboriously to explicitly draw moral edification from her own story, apparently anxious her readers aren’t paying attention: “She’d learned a very real and nearly fatal lesson about keeping secrets.”

An enthralling family drama despite the author’s impulse to overnarrate. 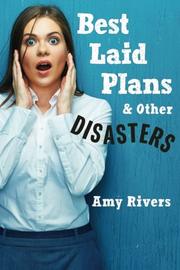 The female mayor of a small town navigates politics, relationship troubles, and the reality that life doesn’t always go according to plan.

Gwen Marsh’s life looks great on paper, but being the mayor of Cambria takes its toll. She’s under constant scrutiny at work, and there’s also her boyfriend, Jason. She knows something is off, but is unable to pinpoint the source of her unease as they lie in bed at night: “She should have felt calm, settled even. Instead, she felt cold dread....What’s wrong with me?” The strain worsens when Jason’s new job with BGB Pharmaceuticals keeps him away from home for days at a time. Then Gwen finds out that her chronic stomachache is actually an unexpected pregnancy, and it’s make-it-or-break-it time for their already rocky relationship. She debates whether it’s the right time or the right man with whom to start a family. After all, her personal life is never safe from the public eye, and it could interfere with her tidy plan to become the next governor of Colorado. Meanwhile, Jason explores the fine line between friendship and romance with a new co-worker, Alex. She is a well-rounded supporting character, capitalizing on Jason’s kindness and vulnerability. Slightly less developed, but still integral, is Gwen’s colleague Karen, the forefront of the movement to undermine the mayor’s authority. But a plotline involving Evan, a local college student with a schoolboy crush on Gwen, falls a bit flat. Aside from Gwen’s pregnancy, her cousin Val’s upcoming wedding gives the novel a nice sense of forward momentum. Val provides a sounding board for Gwen’s fears about motherhood. When it comes to Gwen and Jason, it’s nice to see a fictional relationship mirror the pitfalls of so many in real life—guilt, bickering, insecurity, lack of communication—but it can be hard to empathize when they spend so much of the novel at odds. Nevertheless, Rivers (Wallflower Blooming, 2016) convincingly creates a world in which the choices that women—and men—must make about career, romance, and family aren’t just theoretical. They’re personal.

I sing. And I can play about 4 chords on the ukulele (which allows me to play a surprising number of songs)

Val Shakely is a list-maker. Daily routine. Check. Calm, quiet (but successful) business. Check. No drama. No excitement. Some might call it boring, but it’s precisely the way Val likes it. She loves her hometown of Cambria, nestled in the mountains of Colorado, and runs a fruitful PR firm. And that’s more than enough for Val. So what if she doesn’t have a social life? Then, her cousin Gwen decides to take on the local political bully, the Mayor, in head-to-head combat for the Mayoral seat and Val takes her company reluctantly, and against her better judgment, into the fray. The minute Val takes on Gwen’s campaign, the safe world that she has carefully constructed begins to unravel. She feels the pressure of the campaign and the personal attacks by Gwen’s opponent. And as if that wasn’t complicated enough, Val finds herself falling in love. Val’s desire to stay on the sidelines is put to the test and she’s forced to reexamine the life she’s built as she trudges toward a new and more exciting future.
Published: Aug. 15, 2016
ISBN: 978-0997353563