Andi O'Connor is the award-winning author The Dragonath Chronicles, The Vaelinel Trilogy, and The Legacy of Ilvania. She’s written multiple books, including the critically acclaimed Silevethiel, which is the 2015 Best Indie Book Award winner for Science Fiction/Fantasy, and the 2015 New Apple Official Selection for Young Adult. Silevethiel was also named to Kirkus Reviews' Best Books of 2013. The Speaker is a Finalist in the 11th Annual National Indie Excellence Awards. Andi's short story collection, Redemption, is a 2014 Kindle Book Awards Semifinalist.

You can frequently find Andi as a guest panelist at Comic Cons throughout the country including the Rhode Island Comic Con, Philcon, Conclave, WizardWorld, and Chessiecon. Andi also writes for Niume where she provides writing tips, advice, and insight on her career as an author. You can connect with Andi on Facebook at www.facebook.com/oconnor.andi, Twitter at www.twitter.com/OConnorAndi, and Instagram at www.Instagram.com/andi_oconnor. For more information, visit Andi’s website at www.andioconnor.net

“A continually fascinating tale with a protagonist who charms, inspires, and evolves.”
– Kirkus Reviews 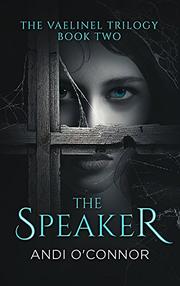 In the second of O’Connor’s (Silevethiel, 2013, etc.) fantasy series, a princess must overcome her doubts if she’s to help fulfill a prophecy to rescue her world from potential destruction.

Irewen Donríel, quarter-elven princess of the human kingdom of Dargon, is traveling alone to Lündvelle, hoping the Light Elves’ archives hold the prophecy to vanquish an evil from the world of Vaelinel. The spirits of both her mother, who died giving birth to her, and her murdered father warn Irewen that death is imminent. Cousin Elthad, possessed by a being known as the Corrupter, is trailing Irewen with powerful minions, the Drulaack. Irewen hides in the spirit world, alarming her guardian, lionness Silevethiel, who loses her telepathic link to the princess. Meanwhile, Laegon, prince of the Wood Elves’ kingdom, Silverden, decides to go after his love, Irewen, and assembles a rescue party, including his own guardian, Brégen, a handful of warriors, and Silevethiel. When later battling the Drulaack, Laegon uses his ability of sight to probe their minds and fears he’s consequently infected himself with a sort of illness. Irewen, once out of the spirit world, is likely infected as well, which could impede her mission to save Vaelinel. O’Connor’s book thrives on playing with convention, like the possibility of romance between the princess and the prince. Though the two clearly care for one another, they most often argue and banter. It’s rewarding to watch Irewen overcome such obstacles as repression, due in part to her royal upbringing; she’s proud of herself when she tells a villain to leave her alone—in less kind words. The baddies, too, are a formidable presence. The Drulaack have the terrifying capability of crossing over into the spirit world, while the forked-tongue Corrupter is striking, though very little is revealed about him. There’s not much action in terms of plot, but O’Connor adequately sets the stage for the third installment, namely the introduction of an individual whose fate is inextricably tied to Irewen.

A continually fascinating tale with a protagonist who charms, inspires, and evolves. 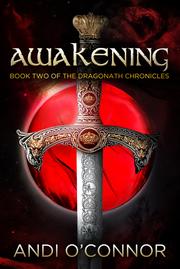 In this second installment of O’Connor’s (Silevethiel, 2013, etc.) YA fantasy series, a young man, fighting to save the world, is tested when an old adversary returns to wreak more destruction.

When Darrak learns it’s his destiny to save not only his home planet, Earth, but also a distant planet called Dragonath from a form of dark magic called Halla, he and his friends never expect that all their efforts in this difficult endeavor might be for naught. Darrak’s belief in his mission gives him faith as villain Payton Niemel aims to take over the Dragonath city of Mystandia in one cataclysmic battle, threatening the planet as Darrak has come to know and love it. In Mystandia, the Grand Sorcerer has recently died, and Capt. Rorend knows that Princess Iornwen is the logical successor. Iornwen’s confidence, tenacity, skills as a sorceress and humility are unmatched, and Rorend—who has loved her from afar for decades in spite of their class differences—is certain the position is hers. But the previous Grand Sorcerer, Laronem, explains his reasoning for appointing her brother Ipzaag to the position instead, and even Rorend could not argue. After she spent 40 years away on Earth, her enduring youth, which her people take for granted, is wavering—Iornwen is dying. As the group rebuilds, Darrak binds them together as Ipzaag embraces his leadership role and Iornwen struggles with guilt over her impending fate. Although readers unfamiliar with the first book in O’Connor’s series may find themselves a bit lost in the first few chapters, the intriguing, fast-paced storyline and luscious prose quickly prove this installment’s worth as a stand-alone. While Darrak continues to mature, Iornwen’s drive to sacrifice herself in light of her impending death is heart-wrenching, and YA fans will find themselves rooting for the rest of the well-developed cast as well.

With a touch of sci-fi, this penultimate installation of a fantasy series delivers rich characters and complex plotlines. 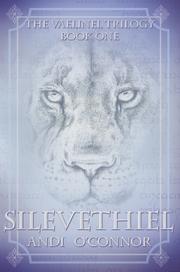 After her father’s murder, a princess fights to save herself and her kingdom in O’Connor’s (The Lost Heir, 2013) engaging fantasy tale.

Princess Irewen Donríel of the human kingdom of Dargon spent the first 20 years of her life within the walls of her castle home, shunned by her extended family due to her late mother’s secret elven descent. After her cousin kills her father and makes an attempt on her life, Irewen is rescued by Prince Laegon of the Wood Elf kingdom of Silverden, who is accompanied by his Guardian, a lion named Brégen, and Dame Silevethiel, the Guardians’ leader. When the princess reveals her secret heritage and begins to discover that she has powers unique to two different elven races, Laegon recalls an ancient elven prophecy that says that a woman will reunite the four feuding elven races—Wood Elves, Light Elves, Sea Elves and Green Elves. Irewen accepts the prophecy and decides to further investigate her heritage, learn to fight and stop being the damsel in distress she was raised to be. Along the way, she and Silevethiel develop an emotional telepathic bond of mutual protection. With her friends and the Wood Elven community on her side, Irewen prepares for the long fight ahead. In this first book of the planned Vaelinel Trilogy, O’Connor creates a complex heroine who not only defies common tropes of female fantasy characters, but willfully overcomes them. The bonds between Guardians and Protectors offer a refreshing break from the romances (and bromances) which typically populate fantasy novels. Overall, this exotic story is sure to entice adult aficionados of such animated series as Avatar: The Last Airbender.

A fresh adventure novel sure to enchant a wide range of fantasy fans.

Always a meticulous planner, Darrak Hunter leads a typically straightforward and dull life until his dreams unexpectedly become plagued with visions of a peculiar and distant world. Waking up to a brilliant purple sun looming ominously in the sky, Darrak is met by a mysterious violet-eyed sorcerer who whisks him away from the struggling Earth. Thrown into the clutches of a foreign world where magic is reality and not all is as it seems, Darrak embarks on a journey where he is forced to come to terms with his past and do what he can to shape the future. Accompanied by a talented swordswoman, a prince, and a beautiful young sorceress, he must overcome cunning plots of treachery and betrayal to discover the strength to stand against a destructive black magic and an enemy who is a master at deception.
Published: March 21, 2013
ISBN: 978-1612961842