Andrea McKenzie Raine was born in Smithers, BC and grew up in Victoria, BC where she still resides. She was enrolled in the Creative Writing program and earned a B.A. in English Literature at the University of Victoria in 2000, and completed a post-degree Public Relations certificate program. She has attended the successful Planet Earth Poetry reading series in Victoria, BC since 1997, and participated in the Glenairley writing retreats led by Canadian poet and novelist Patrick Lane. In 2005, she published her first book of poetry, titled A Mother’s String, through Ekstasis Editions. More recently, she has self-published a poetry book titled Spectrums & Apertures, as well as two chapbooks titled: Waiting and Impetus; and two short stories titled: Outcast and Sorry I Had To (available through Amazon Kindle). Her poetry has also appeared in Mocambo Nights, Canadian Literature journal, Quills, Borderlines anthology (Ascent Aspirations magazine), Tempus anthology (Rubicon Press), Poems from Planet Earth (Leaf Press), Tongues of Fire anthology, and several Glenairley chapbooks edited by Patrick Lane (Leaf Press). She writes book reviews and articles for local magazines, and she is also the fiction editor of the BC Federation of Writers' WordWorks magazine. She lives with her husband and two young sons and, by day, is employed as a correspondence writer for the provincial government. Turnstiles is her debut novel published by Inkwater Press. She also published her second novel, A Crowded Heart, through Inkwater Press, which is a prequel to Turnstiles.

“A military tale explores the strengths and frailties of the human mind in the aftermath of war.”
– Kirkus Reviews 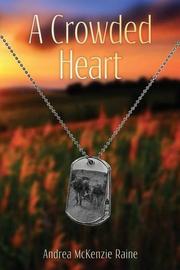 A soldier struggles to come to terms with the psychological impact of war in this historical novel.

Willis Hancocks, a debonair Canadian soldier, fights on the western front of the European theater of World War II. He is first encountered recuperating in an Army hospital, where he delights in charming the nurses. Here he meets Sam, a cocky yet warmhearted soldier and fellow casualty. Sam’s presence buoys Willis, and he is disappointed when the young man returns to combat. Asking whether he will be sent home, Willis learns that he will be kept around “for the entertainment.” He is posted to the Netherlands, where he celebrates the liberation of Eindhoven. He encounters Sam, and falls for a beautiful waitress called Frieda, who fills his dreams long after he’s kissed her goodbye. After a period of fighting, Willis and Sam enjoy a short leave in London. Willis meets Ellie Birch, an art student, and in a whirlwind romance, he proposes to her before heading for combat. Following the fall of the Nazis, Willis returns to Ellie, yet he’s withdrawn, depressed, and sensitive to sudden, loud noises or commotion. Willis is sent away to convalesce, but the difficulties of settling back into everyday life only intensify when Ellie gives birth. Will Willis find the strength to fulfill his role as husband and father? Will the dream of Frieda ever leave him? This sensitive, vital novel examines the psychological toll of war on the soldier and those closest to him. The result is a deeply personal and affecting narrative, punctuated by touching letters and snippets of italicized inner monologues. In the midst of battle, Willis writes: “In this place, there are days I can’t see past the end of my nose, and other days all I can see is my whole life ahead of me.” Ellie responds by letter: “I wish for happiness this year: an end to this war and our own suffering. I wish for you to come home.” Raine (Outcast: A Short Story, 2015, etc.) generates a powerfully genuine sense of yearning, which becomes tragic when Willis is unable to reciprocate this emotion when returning home. The novel lacks vivid combat descriptions, which would have helped inform the physical cause of Willis’ “combat neurosis,” now known as post-traumatic stress disorder. Furthermore, Sam’s character appears rather underdeveloped in comparison to the multifaceted Willis. Nevertheless, this is a well-written, emotionally intelligent book.

A military tale explores the strengths and frailties of the human mind in the aftermath of war.

“Always learn poems by heart. They have to become the marrow in your bones. Like fluoride in the water, they'll make your soul impervious to the world's soft decay.”

A Crowded Heart: Honourable Mention in the Paris Book Festival., 2016

A Mother's String is about the lessons we learn in love and patience. It is about the family ties that bind even in the absence of those we are bound to. The poems are haunted by the memory of homes lived in or wished for. In them we remember our younger selves who have still to learn how far we can climb, how far we can fall.
Published: June 6, 2005
ISBN: 978-1894800693

Martin Sourdough is a homeless person who has chosen to turn his back on the corporate, material world; Willis Hancocks Jr. is a barrister, an alcoholic philanderer, and a misogynist; and Evelyn (aka Yvonne) is a prostitute. Turnstiles speaks to these social problems through the smaller scope of each character’s individual trials. There is a struggle that exists between the need to serve one’s own needs and the expectation to participate in the larger social scheme. Martin and Willis are both trying to fit into the world, but on their own terms. They are naïve, searching for an Eden-like state of being. Through a broader experience of personal fortune, misfortune, travel, and social interactions, they each learn to accept their path and take control of their own destinies.
Published: Dec. 17, 2013
ISBN: 978-1629010120