Angela Herst splits her time between her homes in California and the southwest of France. Born in the United Kingdom, she grew up and received her education in both England and Paris. She speaks French fluently. Angela is a wife, a mother of three, and a dog owner - also of three. Tunnel Vision is her first novel and Vendetta is her second. She has traveled extensively and writes predominantly about the places she has visited.

“Herst paces the action well, detailing the righteous hijackers' painstaking arrangements and the blissful ignorance of those about to be caught in their trap, leading to the scheme's execution. In doing so, she has created a suspenseful thriller that also forces readers to reflect on a tragic historical event and its aftermath.”
– Kirkus Reviews 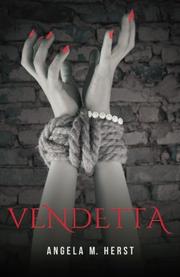 A wealthy industrialist’s compassionate act triggers retribution in this thriller set in Paris.

Jonathan Sinclair is a perfect example of the proverb “No good deed goes unpunished.” Life is grand for the rich industrialist, as the woman he has always loved, Kathy Hunter, leaves her abusive husband and moves to France to live with Jonathan. But there are signs that all is not well. His prototype machinery for finding diamonds underwater quits working properly. He and Kathy almost get run off the road on the ride home from the airport. Then there are the strangers lurking around his rural home. What Jonathan doesn’t realize is that these incidents are part of a vendetta planned by a man named Aziz Bey. That’s because two years earlier in Paris, an offended Jonathan halted a sadistic sex show staged by Bey for members of the ultra-secret gentlemen’s club to which both belong: “Bey’s screams about honor and retribution followed” Jonathan as he “covered the girl with his jacket and, lifting her into his arms, strode across the foyer and out onto the street.” Despite the two men’s history, in order to keep the peace at “the Club,” Jonathan agrees to a business meeting with Bey, who tricks Kathy into attending as well. This leads to a night of horror for Kathy, resulting in her monthslong mission of revenge on those who tortured her, while she attempts to keep Jonathan oblivious to what really happened that evening. Herst (Tunnel Vision, 2015) has created an intricately crafted thriller that requires the reader to pay close attention. Her use of flashbacks can be somewhat jarring, but is essential as she slowly reveals the cruelty inflicted upon Kathy. Her benevolent characters are well drawn, especially Jonathan and Kathy, but her villains are rather two-dimensional (the simpering Bey as well as a pompous German industrialist and a blustering American ex-senator). But her narrative is propulsive and absorbing, with Kathy sadly laboring to keep Jonathan in the dark as she meticulously plots her vendetta. Herst again delivers a winning, complex thriller.

An engrossing novel that successfully ponders the justification for revenge and yet remains suspenseful until the end. 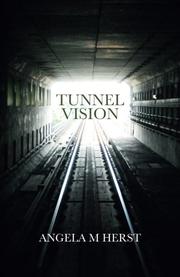 Herst uses one of the worst industrial accidents in history as the backdrop for her debut thriller.

The gas leak at the Union Carbide pesticide plant in 1984 killed thousands and injured hundreds of thousands in Bhopal, India. In this novel, army Capt. Shirish Parmar, upon hearing of the disaster, races home to check on his wife and two children. Like many that day, he never finds them, as the dead were buried in mass graves or burned on mass pyres. Flash-forward 30 years. Parmar gathers those who also lost loved ones that day who have banded together seeking justice. He reveals a daring plan that targets the French and British governments: “He and his carefully assembled group of experts would bring world attention to the continuing desperate situation in the region surrounding Bhopal. They would extort enough ransom money from the two governments to rehabilitate the rivers and water table, the land and farms, forests and plains. The toxic cleanup would finally take place, years too late for thousands, but not too late for future generations.” His plot is simple in concept but difficult to implement. A celebration is scheduled to mark the 20th anniversary of the completion of the Channel Tunnel between France and England. The Indian survivors intend to hijack the “Royal Train” carrying the prince of Wales and the French president in the tunnel and hold it for a ransom of 5 billion pounds. Herst skillfully introduces the various players on both sides of this scenario, and while some are fleshed out more than others, it’s clear that there are few villains, except for Big Chemical and the politicians in its pockets. Parmar says: “I’m angry about the pathetic settlement Union Carbide made with our corrupt government. After all the bribes had been paid, little remained for the poor souls locked in the misery of lingering and agonizing death.” Herst paces the action well, detailing the righteous hijackers’ painstaking arrangements and the blissful ignorance of those about to be caught in their trap, leading to the scheme’s execution. In doing so, she has created a suspenseful thriller that also forces readers to reflect on a tragic historical event and its aftermath.

A propulsive, cautionary tale about the effects of the Bhopal disaster.

Traveling to distant shores, meeting local people and maybe making a small difference in their lives.