Anita Briggs is a classical harpist and writer. Her most recent book, "Merchant of Dreams", is a tale of mystery and suspense. It received a starred review from Kirkus Reviews, as well as being selected as one of Kirkus's One Hundred Best Indie Books of 2017.

Previous works include her children's book "Hobart" and its sequel "Violet". "Hobart" received a starred review from Publishers Weekly. "Violet" has just been released. A novel-length fantasy for older children, entitled "Treecastle", is underway.

A life-long professional musician, Briggs was awarded four scholarships for her training, as well as the Mu Phi Epsilon award for excellence in music. She studied with the legendary harpist Carlos Salzedo, held principal harp posts and served as concerto soloist with the New Haven, Yale University, Berkshire, University of Massachusetts, Columbus, Macon, Amarillo and San Angelo Symphonies, in addition to playing engagements with the Schubert Theater, Boston Ballet, Boston Pops, Yale Men's Chorus, Atlanta Choral Guild, and Hartford Opera. She has performed under Paul Hindemith and Nadia Boulanger.

Other works include "A Harpist's Odyssey", her book of classical and romantic transcriptions published by the venerable harp firm Lyon and Healy: the audio book of "Hobart", produced by Full Cast Audio, narrated by the author and acted and sung by a professional cast; and the CD From "The Garden of My Heart", songs by Faure, Debussy,and Ravel for soprano and harp, with the former Metropolitan star Joyce Guyer.

She lives with her husband Walter and two endearing cats in a 225 year old farm house in Upstate New York, where they are frequently visited by their six children and sixteen grandchildren.

“A memorable tale of suspense and passion.”
– Kirkus Reviews 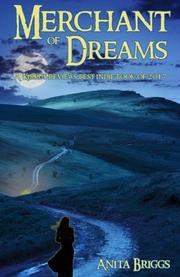 Felicity “Lissa” Godwin was a rising star in the classical music world until a series of tragic deaths and professional disappointments caused the gifted harpist to abandon her promising career. The young American woman journeys to the frozen, windswept Yorkshire Dales in search of healing and peace. There, the dignified beauty of an old country estate serves as the perfect setting for Briggs’ sublime cast of characters and arresting narrative. Lissa’s destination, Denham House, is more than just a country retreat; it was also once the home of her recently deceased aunt, acclaimed harpist Ciara Rossi. Lissa falls in love with Yorkshire and discovers not only familial affection, but an unexpected reignition of her musical passion. She’s further caught off guard by the handsome, mysterious, and extraordinarily talented Dr. Richard D’Annunzio. A series of accidents, unexplained occurrences, and whispered rumors hint at dark secrets lurking within the house’s staid walls and behind the inhabitants’ courtly manners. Briggs deftly lays the groundwork for a gripping mystery, suggesting that Ciara’s short-lived marriage to her husband, John, may not have been the fairy tale that it appeared to be. Briggs is a lyrical writer who composes her narrative with a skillful hand. Her evocative prose draws on elements of literature and music to describe such things as Lissa’s stunning concert dress, which conjures images of “Isolde dreaming of Tristan, watching the restless heaving of a cold Cornish sea.” She also expertly imbues her characters’ musical performances with a tension and emotion that are truly breathtaking; Briggs draws upon her own experiences as a harpist when describing a transition from an intermezzo to a finale, which Lissa feels as “an ironic, disillusioned snarl that cut into my heart.”

A memorable tale of suspense and passion. 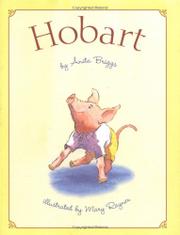 Hobart and his porcine siblings face some of the same challenges that pigs in print have faced before. Here, for readers moving into first chapters, Briggs introduces a family of them who scheme to avoid the butcher’s knife. Byron, Wilfred, Violet, and our hero, Hobart, are well-fed, clean, and happy living with Farmer Mills and his wife. That is, they live happily until the gander, the terror of the farmyard, delivers the horrible news to Byron: “You’ll be eaten, you know.” Well, these are pigs with dreams of better things than becoming bacon and pork chops. Byron wants to be a poet, Violet has talent as an acrobat, Wilfred croons lovely tenor solos, and Hobart . . . well, Hobart was hopeful. His hope is what eventually saves his siblings’ talents from fulfilling the gander’s predictions. He hopes to become a tap-dancer. He even has the bottlecaps for his trotters to make that pleasing clicking noise. It’s impossible to read about Hobart and his family developing their talents so that they will be spared the knife, without thinking of Wilbur and Charlotte. The storyline is remarkably similar, though the intended audience is much younger. The whimsical illustrations—Violet is wearing a gingham dress as she practices her backflips and Byron sports a polo shirt—point the story away from philosophical issues to the humorous details of tap-dancing, singing, flipping, and reciting porkers. Some of the word choices (“declaiming,” “sinister,” “despondently,” “conceited,” “diction”) will be challenging for the intended audience and might make this better initially as a read-aloud. Who wouldn’t want to put on a cow voice and read, “Hello there, pork chops.” (Fiction. 7-9)

God did not give me my life to throw away. --Jane Eyre

Violet is the greatest pig acrobat on the continent. But when she and her talented brothers are sure they'll be able to ply their arts in peace, disaster strikes again -- and from an unexpected source. Sequel to Hobart.
Published: June 17, 2017
ISBN: 9781517796174