I was born on Long Island to military parents who would have much preferred a new dining room set. After a peripatetic childhood I did hard time at the University of South Florida before moving to Los Angeles to be either a stand-up comic or a writer. Since writing paid actual money while stand-up did not, I signed onto the original writing staff of MORK AND MINDY, leaving two seasons later after having written 15 of the initial 52 episodes, one of which was a finalist for the Humanitas Prize. I then relocated to New York to write and produce the premier season of LOVE, SIDNEY, starring Tony Randall and Swoosie Kurtz, the first prime-time comedy featuring an openly gay lead character (many years before WILL AND GRACE) and the show for which I received my second Emmy nomination. Back to the West Coast, I wrote and produced series such as 9 to 5 (the TV version of the feature film), TEACHERS ONLY, starring Lynn Redgrave, and WEBSTER, before co-creating the first half-hour comedy specifically made for cable, SANCHEZ OF BEL AIR. From 1987 to 1991 I stopped doing TV staff work so I could take a four-year course at the oldest homeopathic medical school in England. During that time I worked strictly freelance, supporting myself by writing made-for-television movies and mini-series. After graduating from The College of Homeopathy in London, I returned to television, co-creating the series BOY MEETS WORLD which ran on ABC from 1993 to 2000. I now write novels and my book WINGED won first place in 2013’s Kindle Book Promo International publishing contest in the General Fiction category. The detective series I created with a partner has won multiple awards, with MURDER: TAKE THREE becoming a finalist for a Shamus Award for Best Indie P.I. Novel last year. My short fiction has been published in DASH Literary Journal, Hunger Mountain Lit. Journal, Seven Hills Literary Journal, and The Mark Twain House online magazine. My latest novel Valentine’s Day will be featured in the February issues of Kirkus Reviews’ online and paper magazines, and appears on Shelf Unbound's 2015 list of 100 best indie novels. I have two dogs who stay with me more from Stockholm syndrome than any genuine feeling of affection.

“Murder, greed, and betrayal remain constants throughout, making this trip through the Hollywood Hills an example of first-rate escapist reading.”
– Kirkus Reviews 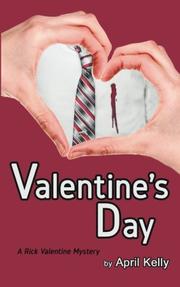 An inexperienced detective battles evil politicians, corrupt cops, and ruthless gangsters in this light look at the dark side of sunny California.

There’s adventure ahead in Kelly’s (Winged, 2011) detective novel as she introduces the charming Richard Valentine, a novice detective who’s just clueless enough to encourage readers to solve cases along with him. As the novel opens, he’s working small cases in the greater Los Angeles area. He learned the trade as an apprentice to the formidable Dako Farona, an experienced detective involved in dangerous, hush-hush cases. He tosses smaller fish to Valentine, with his receptionist, Laurel Briley, assisting. A few weeks after setting up his own practice, following an initially disastrous bodyguard gig at a Renaissance faire, Valentine lucks out by receiving a cash reward and rents his own office in a two-story building nicknamed the Gingerbread House. He shares it with a motley crew of LA entrepreneurs, including would-be screenwriters; Moonbeam Fink, a masseuse; a music producer; a talent agent; and hapless actor Lloyd, the building’s receptionist. He’s encouraged by Kitty and Bitsy Sutterman, his elderly landladies, who quickly disabuse him of his prejudices about senior citizens with “all the gentle finesse of Darth Vader chopping off  Luke Skywalker’s hand.” They make him see that “growing old may be inevitable, but growing up is a choice.” Kelly tosses in Dako’s feisty, beautiful daughter Rexanne, the seventh-richest 20-year-old in Texas, a beautiful woman named Piper Lang, hints about the past from former cop Victor Ramirez, and assorted corrupt local officials and mobsters to keep Valentine’s head spinning. The wonderfully easy first-person voice seems drawn from the golden age of detective stories (“I creaked along behind her, sweating like an armadillo on a grill”).The author plays fair with the mystery elements, weaving clues into the engaging central story via smoothly blended storylines. Murder, greed, and betrayal remain constants throughout, making this trip through the Hollywood Hills an example of first-rate escapist reading. 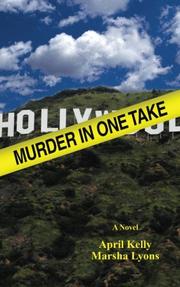 MURDER IN ONE TAKE

The shooting of a superstar actor turns out to have all the intrigue of one of Hollywood’s big-budget blockbusters.

When Oscar-winning actor Dev Roberts is shot and killed by his ex-lover and co-star Ali Garland, it seems like an open-and-shut case. Not only was the crime caught on numerous cameras, but two of Los Angeles’ finest—Detective Blake Ervansky and his new partner, the mysterious and beautiful Sgt. Maureen O’Brien—were also on the scene at the time. During their investigation, what Blake and Maureen discover doesn’t look like coldblooded murder at all but rather a horrible accident, an unfortunate meeting of strained nerves and reality-show prank gone awry. This backbending twist is just the first of many, and when Ali is acquitted by the grand jury, Dev’s estranged father uses his money and influence to wrangle O’Brien and Ervansky away from the force to work solely on his son’s closed case. What the now-private investigators uncover suggests that Ali may indeed have fooled them all, and they’ll have to turn to Maureen’s screenwriter father for a show-biz solution to this perfectly crafted Hollywood murder. Kelly (Winged, 2011) and Lyons’ novel peels back the curtain on not one, but two worlds, giving the reader a glimpse into the glamour of show business and the slow grind of down-and-dirty police work, while blending the two domains in clever metatextual ways. The schemes of stars and starlets take on a noirish feel, while the detectives’ dialogue is not unlike an ’80s cop show, with plenty of snappy banter and clenched-jaw exposition. While this does skirt cliché, the novel’s humor keeps it from being bogged down by its own conventions. The narrative suffers some pacing problems; it captures charming intimate moments with ease, but struggles with the story’s bigger conflicts, often blowing past them far too quickly. As a setting, the city shines, as much a character in the story as the rest of the cast. The only character that falters is Ali, whose personality is a touch too mercurial to be believed. 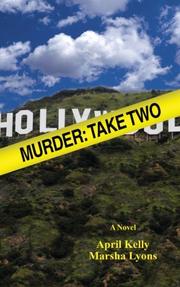 Two private investigators take on a homicidal illusionist, but what the detectives don’t know about each other is just as dangerous as the magician’s man-eating tigers.

After solving one of the most complicated and high-profile murders in Hollywood history, ex-cops Maureen O’Brien and Blake Ervansky set out to turn good press into big money for their new detective agency. They are soon approached by Cerise Marginata, an aging pop star whose husband, Josef Lucasz, was just mauled by one of the Bengal tigers he performed with nightly in a Las Vegas magic show. Cerise believes the attack was orchestrated by the other half of Josef’s act, his “mentor,” Landon Wilke, who has more reasons than just professional jealousy to want his partner dead. But if trying to outwit a master of misdirection’s circuitous murder plot wasn’t hard enough, Maureen’s dubious past as a CIA assassin also rears its ugly head, threatening to leave Blake and the agency out in the cold. Kelly (Winged, 2011, etc.) and Lyons (Murder in One Take, 2012) return to their distinctive brand of mystery starring the LA-based duo who combine traditional investigation with the Hollywood perspective of Maureen’s TV-producer father. Darker than its predecessor, this installment doesn’t sacrifice the humor or turns of phrase that were the hallmarks of the first. Rather, those things appear here again, tighter and more polished, and the novel as a whole boasts a deftness with language that outpaces its rather pulpy story. Those unfamiliar with the first book can easily pick up this one, as the authors offer succinct recaps, and there’s plenty of insight into almost all of the characters, recurring and not, with point-of-view shifts utilized in effective though jarring ways. This entry in the series even feels too far removed at times, as much of the bonding between Blake and Maureen seems (at least initially) ignored. That aside, the characters fall easily into place with each other and the overly complex plot; the biggest criticism to be leveled is that the book tries to do too much. The revelations about Maureen’s CIA past, along with how her father ties in, could have easily been a novel unto itself, but instead, it shares an already crowded focus with an equally sensationalistic tale of killer stage tigers.

A little too much going on, but still manages to be tight and sharp-witted. 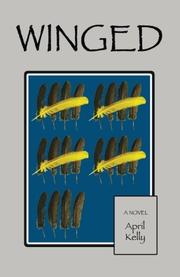 When Angel is born with tiny flaps perched on her shoulder blades, her unwed teen mother ignores medical advice to surgically remove them—and the result of this decision brings unexpected glory and grief to mother and daughter and those that they love.

Quick-thinking survivor Allison, cast out by judgmental parents when they learn she is pregnant after a frat house gang rape, has her baby and names her Angel. The single mother eventually parlays her knack for numbers into a job as a CPA. She meets Mark Dennison, one of the fraternity boys, who agrees to a DNA test and helps Allison investigate the others, but Angel’s paternity remains a mystery. Allison falls in love with her co-worker, widower Charlie Evans, who already has a young son, Nicky. They marry and have another child, Shelby. Life becomes ordinary—except that as she grows up, little Angel manifests an obsession that begins as a fascination with winged fairies, moves to flying dinosaurs and then to her wings of her own. In school Angel learns to hide her wings, but when she hits puberty they start growing again. Sharing the perky “can-do” attitude of her mother, Angel turns her exotic looks into a six-figure underwear modeling contract. Actual flying becomes Angel’s true passion and the realization of her dream comes at a high price for everyone, especially her mother, who develops her own obsession after tragedy strikes. Told in the first person, initially by Allison and then at the end by those Angel loved the most, including the dashing Jack who joins the grown-up Angel in her flight goal,  Kelly’s fast-paced novel takes the reader on a flight of fancy couched in realistic, straight-forward and graceful prose that makes the fantastic utterly believable. Logistics, physics, feathers and ambition combine to draw the reader into Angel’s world. It’s hard to stop reading this gracefully written novel and the only quibble possible is that the last letters and diary entries seem anticlimactic and work too hard to explain exactly how everything happened.

Fasten your seatbelt for an enjoyable flight of fancy told in a confessional voice by likable people.

When movie action hero Micah Deifenschlictor is accused of murdering his longtime agent, private investigators Maureen O’Brien and Blake Ervansky are offered a small fortune by Micah’s attorney to prove her client’s innocence. Blake and Maureen uncover evidence that eliminates Micah as a suspect in less than a day, earning the huge paycheck for very little work. When the case boomerangs back to them, however, the detectives realize they may have been duped into participating in a cover-up. After secretly reopening their investigation, Ervansky and O’Brien are drawn into something much larger and darker than mere homicide, something that will bring unimaginable grief to Blake’s life, not only changing him as a man, but irrevocably altering his relationship with Maureen.
ISBN: 978-0615555065