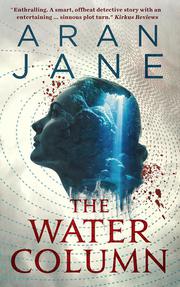 A private investigator for a law firm uncovers a potential conspiracy when she looks into a man’s fatal high-rise plummet in this psychological thriller.

Chicago private eye Lila Piper has a handful of open cases. Despite her workload, her boss, James Patrick Savage, a personal injury lawyer, enlists Lila to investigate an accidental death. It’s an atypical case for the PI but it’s on behalf of Wisconsin dairy farmer Hans Holzinger, an old friend of Savage’s. Hans’ 33-year-old son, Wolf, died in a 16-story fall from an apartment building in Chicago. He was evidently rappelling to his girlfriend Sofia Castellanos’ apartment via a TV cable that ultimately snapped. But Hans insists that Wolf was an avid climber and would have used a rope. Coincidentally, another man, Louis Breem, fell to his death from a Chicago housing complex at almost the same time as Wolf. Lila starts questioning people involved, including Sofia; Breem’s wife, Angela; and Marina Resnick, who allegedly witnessed Wolf’s death. But Lila quickly realizes that there are CIA links to much of the case, even Hans and his dairy farm rival Gus Ambrosia. This screams conspiracy, especially once Lila suspects an international drug cartel has a part in the matter as well. It seems she may be on the right track when someone threatens her family, and more than one individual she’s interviewed dies. At least one of those deaths is an undisputed murder. Though Lila has a natural talent for deduction, the details of this case eventually become more complicated than she ever could have anticipated.  Jane’s (Mondragon, 2016) enthralling and initially conventional detective story gets progressively more complex. Readers learn Lila suffers from “crippling depression”—what she calls a “curse”—that she’s primarily managed with meds and therapy. At the same time, her gradually revealed family history is thorny: Her father went on trial for securities fraud; she lost both parents to cancer; and she’s currently working on a case for her brother, Ulli, an investment banker caught up in a money laundering scheme. But Lila is an intelligent, levelheaded PI, so while some characters scoff at her conspiratorial CIA theory, it’s perfectly logical. She likewise pinpoints a culprit responsible for Wolf’s fall, and her explanation is exhaustive and comprehensible. Supporting characters add to the developing sense of mystery, as some are harboring secrets; others are most likely being deceitful; and Lila has romantic possibilities with two people of varying genders. The work’s prolonged final act is where things truly get convoluted, as a startling genre shift elevates this detective tale into something else entirely. What Lila learns forces her to re-examine her investigation as well as several people and even herself. That said, the author teases the ending throughout the novel, and the elucidating final act, complete with flashbacks, is convincing, even if readers will have an urge to return to Page 1 and read the book again. While some of the later twists suggest drastic changes in the narrative’s direction (or demand further clarification), Jane leaves these revelations vague and open to interpretation.

A smart, offbeat detective story with an entertaining but sinuous plot turn. 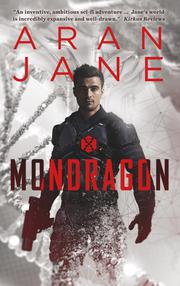 Jane’s debut novel is an inventive, ambitious sci-fi adventure with a heavy dose of science.

Derek Mondragon is having a rough time of it. His buddy, an “EXO gnosint” named Don MacCullum, is recovering in the hospital after having a chunk of his skull taken out in battle. As a gnosint, MacCullum has an ability to figure out complicated patterns, such as the one he discovered in an old book called the Voynich Manuscript—a complicated message to be decoded using an “accidental” genome. This distant-future society has two camps: “accidentals”—in short, naturally occurring humans—and “newstylers,” who have modified themselves genetically. And the two don’t get along. The newstylers on Mars started a rebellion against the emperor on Earth, and MacCullum is considered the final casualty, although hostilities seem to still be open. MacCullum is targeted for what he’s discovered, and Mondragon wants to find out why. But he’s got other problems—his wife leaves him and wants to send their daughter to a state-run hatchery where she can get more attention; her father, who’s on active military duty, doesn’t see her much. His attempt to get out of his service leads him to a secret mission, during which he learns of the emperor’s terrifying plans to build a newstyler army to conquer all of space. Jane’s world is incredibly expansive and well-drawn. Newstylers could buy anything from a fairy to a sentient jellyfish, and there are often political reasons for their choices. Technology and science are at the core of the novel, from how humans change their physical structure to methods they use to travel, theoretically, to the very ends of history. It speaks to the essence of existence—who we are in a time where every bit of us, including our consciousness, can be quantified and projected as a means of travel or transformation. The explanations can get a bit heady at times, but heavy sci-fi fans will find a lot to dig into. And Jane does a decent job balancing the action with the longer stretches of explanation and humor.

Fans of immersive sci-fi, like the work of Philip K. Dick, should take a look; an auspicious start for Jane.

"We do not avoid evil by fleeing before it - by moving laterally away from it - but by rising above or diving below its plane." (Henry David Thoreau, A Week On the Concord and Merrimack Rivers)