Ari Magnusson is the author of BITOPIA, a middle grade novel about bullied children, and the nonfiction bullying prevention guides WHAT YOU CAN DO ABOUT BULLYING BY MAX AND ZOEY, for students in grades K-5, and ALL ABOUT BULLYING, for students in grades 6 and up. He is the creator of the CirclePoint Bullying Prevention Program and is the Bullying Prevention Educator for Massachusetts General Hospital's Life Skills program, taught in Boston, Massachusetts area elementary and middle schools.

“All the fun of a children’s book, coupled with the razor-sharp wit and potent insight that seasoned readers crave.”
– Kirkus Reviews 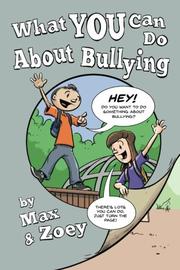 What YOU Can Do About Bullying by Max and Zoey

An empowering comic book focuses on how to prevent and deal with bullying.

Magnusson (Bitopia, 2012) and illustrator Marathas provide dynamic panels, comic-style fonts, and multicultural characters who speak directly to the reader in this anti-bullying guide. Zoey and Max, two preteen kids, instruct readers on how to help themselves and one another—“You and your classmates are really the ones who decide how to treat each other”—while indicating when to ask an adult for help (for example, when children mention harming themselves). Beginning with a section for students in kindergarten through second grade, Zoey and Max define bullying by describing how it makes someone feel, then reassure kids that most children are never bullied. A key component to bullying is often an “aggressor’s” underlying anger or frustration toward a “target,” and finding out why they feel that way can diffuse the situation: “You don’t have to say you did what the person said you did. But you can still help the person feel better.” Effective apologies are reiterated throughout the volume, including when the aggressor’s anger is justified: “Say you are sorry. Say what you are sorry for. Let the person know he or she has a right to be mad. Say you will not do [it] again.” For older children, as relationships become more complicated, Zoey and Max redefine bullying as “dominance aggression” or “relational aggression” and offer useful advice for handling both by encouraging self-confidence and thoughtful, one-on-one interaction. Creative page arrangements, including Zoey and Max breaking out of their panels, visually reinforce direct engagement. A helpful “Find Your Section” page points kids to chapters on helping someone else who is being bullied, learning ways to interact with aggressors, stopping someone from bullying, or teaching an adult how to help effectively. Online bullying-prevention tips—don’t email or text in anger, don’t take potentially embarrassing photos—prove useful at any age. Occasionally, jargon-heavy text miniaturizes characters beneath massive speech bubbles, but most of the book balances words and images nicely, lending a friendly, easy-to-understand tone to a serious subject. 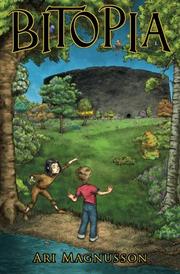 Magnusson’s debut YA fantasy follows a young boy’s flight from the wrath of bullies, taking him to another world from which there may be no escape.

On the run from bullies, new kid at school Stewart seeks refuge down a storm drain. He winds up lost in a maze of pipes until he steps out into a lush forest and the drain pipe entrance disappears. He encounters Cora, a young girl who takes him to a city hidden behind a great wall. Inside are only children, guided by a book written by the Forebears—the previous inhabitants—and fearing the tall, vicious Venators outside. The venerated book prophesizes a devastating final battle, but Stewart only wants a look at its pages in hopes of finding a way home. Magnusson’s novel is an allegory: The Venators, who merely beat their prey in lieu of killing them, are equated with bullies, while the children, who never age, are the perpetual embodiment of innocence. But Magnusson infuses the narrative with stunning imagery that wallops the senses—the cacophony of a construction site as Stewart passes by or the multitude of colors in the forest. Some of the descriptions are made all the more authentic through the impressionable eyes of a child: Stewart likens the landscape to emerald green ice cream covered with candy. Ample action and suspense, including the predicted conflict between the city and its skeletal enemies, help the plot retain a steady speed. The best moments involve Cora and Stewart running through the forest, dodging the Venators; the book even opens with Stewart midsprint. Despite a theme geared for younger readers and the unmistakable moral lesson of facing one’s fears head-on, the author surprises with somber, mature dialogue, as when the Princeps, the city’s female leader, states bluntly, “[W]e are fairly confident that we are no longer on the planet Earth.” For good measure, there are also talking animals, a protagonist who’s more than deserving of a cheering audience and a bittersweet ending, with a slightly greater emphasis on the sweet.

All the fun of a children’s book, coupled with the razor-sharp wit and potent insight that seasoned readers crave.

A comprehensive guide for students that teaches them what bullying is, why it happens, how to get bullying to stop, and how to help a peer with a bullying problem.
Published: April 15, 2018
ISBN: 978-0997022100