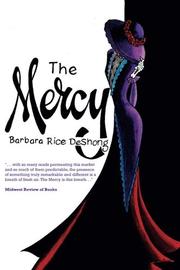 An Austin, Texas–based psychologist looks into a childhood friend’s murder and uncovers secrets that could prove fatal in DeShong’s (Too Rich and Too Thin, Not an Autobiography, 2015) thriller.

Jessica LeFave is understandably distraught when cops find her friend, Camilla Cervantes, with a bullet in her head. But she becomes angry when Detective Don Wilder suggests that the murder, staged like a blood sacrifice, ties her friend to a drug cartel. She’s convinced the killing is more personal, so she searches for answers in Mexico City, where Camilla rescued young girls who’d been forced into prostitution. Jessica also hopes to find Diego de la Cruz, Camilla’s ex-husband and the father to their daughter, Ana Teresa. But it turns out that Camilla may have hidden some of her life from Jessica, leading the psychologist to stir up dangerous people. Jessica undoubtedly wants to track down the killer in order to satisfy her sense of justice and to debunk the notion that Camilla was involved in the drug business. But she’s likewise burdened with guilt over never visiting years ago when Camilla was in a mental hospital, and part of her reasoning for locating Diego lies in her own unmistakable infatuation with the “gorgeous” man. Jessica also struggles to come to terms with the troubling memory of her stepdaughter Kelly’s suicide; she repeatedly equates Camilla with Kelly, as they both had bipolar disorder. Despite the driving fact of Camilla’s murder, this novel is less a mystery than it is a tale of Jessica’s self-discovery. DeShong devotes most of the story to her absorbing protagonist, whose first husband was her stepbrother and who lost her second to murder. As an investigator, though, Jessica is lacking; she carries no cellphone (thanks to a “phone phobia”), and uses her lawyer buddy George’s phone to do basic Internet searches or peruse Facebook. However, the story boasts moments of suspense, such as a discovery of a slashed tire that could either be a warning or a threat. It also offers comic relief in the form of Jessica’s attention-hogging dogs, Suzi and Sammie.

An often riveting tale in which solving a murder helps the protagonist learn more about herself.

Too Rich and Too Thin, Not an Autobiography

Pack your bags for Texas to meet the strangest family since that little Chainsaw Massacre incident. Psychologist Jessica LeFave will be your guide, but she isn't your usual shrink, and though her wisecracking lawyer buddy will try to keep out of trouble, he won’t be able to save you or himself. Jessica’s psychiatrist husband has been murdered, she believes by a patient with a secret. Thus, when the former patient and matriarch of the Jackson clan, Bernice—is found with a stake in her chest, Jessica jumps at the chance to profile the family and the case. The son is an addict and his homely sister, suddenly married to a gorgeous stranger, is on a death-wish eating binge. Jessica quickly learns that the matriarch, despised for producing wildly successful, soft-porn versions of treasured historical events, had taken her obsession with seeing herself as young and beautiful beyond any psychotic dream.
Published: July 8, 2015
ISBN: 978-1512010626