Ben Kostival was born and raised in Pennsylvania, but he has lived in many states, including Alaska. He has held dozens of jobs. His fiction has appeared in a number of literary journals. He's the author of 'Elm and North' and 'The Canyons,' which Howard Zinn called "an ingenious blending of fact and fiction." Currently he resides in Boston, where he enjoys reading, sitting quietly, being calm, and remaining motionless for hours at a time. Further details can be found at radialbooks.com and bckbooks.com.

“A very impressive debut with a well-developed protagonist.”
– Kirkus Reviews 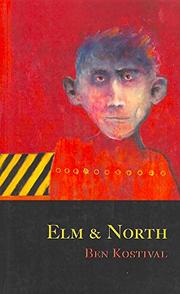 In Kostival’s debut novel, a man deals with the fact that his body is turning to bone.

Morris Proot was diagnosed at 29 with fibrodysplasia ossificans progressiva, a very rare but real and horrible condition in which the body’s bone-repair mechanism goes haywire. Any injury, however minor, encourages inappropriate, superfluous bone growth; eventually, sufferers’ bodies lock up. Ten years on, Morris is cobbling together a life for himself near Portland, Maine, as a school bus driver. He lives alone in an apartment with lots of books and scant furniture. He’s no friend of humanity at large; in fact, he’s understandably resentful and cynical. But he’s also friends with a crusty old man named Cap and in love with a woman named Joan. After Cap dies and Joan moves away, Morris begins to write long letters to a doctor at the University of Pennsylvania who’s the world’s leading expert on FOP. These letters, in fact, make up half of the novel, and Morris becomes frustrated that the doctor doesn’t answer them. Morris is relegated to a job as a crossing guard after fighting with a parent and unsuccessfully attempts suicide. Finally, he heads to Philadelphia to confront the doctor, and readers discover the truth about the letters. Kostival is a very strong writer, and Morris is a tour de force of a character—he’s bitter, yes, and spends most of his time railing against the human condition in general and his own condition in particular, as seen in his letters to the doctor. But he’s also shown to be capable of loving those who are lovable, and he’s immensely intelligent and well-read. One may open the book anywhere and encounter a striking line, such as “Proot’s revanchist anger was met blow-for-blow by [bus passenger] Fetal Hitler’s irredentist rage.”

A very impressive debut with a well-developed protagonist.

Sent by his company to investigate conditions at a Colorado mine, Harlan Baxter becomes embroiled in the most violent labor uprising in American history. Based on the Colorado Coalfield War of 1913–14, 'The Canyons' explores an outbreak of resistance in the darkest of times.
Published: Jan. 1, 2018
ISBN: 978-0998414621