Kindle bestselling author BEN PARRIS introduced literature's first synesthete hero with the Wade of Aquitaine series. Wade and his soul mate from1,200 years ago bend space and time to keep the Dark Ages from starting all over again. The author was inspired by his own crossed senses, consisting of auditory-tactile synesthesia and other rare forms. He is the author of six books, the latest of which is Kreindia of Amorium. When he is not writing, editing or teaching, he enjoys martial arts, studying history, hiking, and playing chess.

“Many would be lucky to write a whole series marked by the wit and gift for swashbuckling action and romance that Parris builds into his debut...A sharply intelligent and energetic historical fantasy.”
– Kirkus Reviews 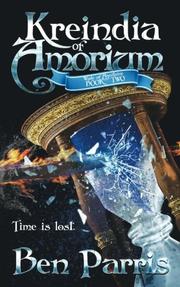 In this sequel to Wade of Aquitaine (2008), two lovers continue their trips through antiquity in hopes of outwitting a mighty, manipulative force.

Wade Linwood of 21st-century Long Island is a potent synesthete. His senses are crisscrossed, but he can control the disorienting influx of sights, tastes, and smells to access the astral plane. Further, using an acupuncture point on his ankle, he can travel in time. Kreindia the Strange of ninth-century Amorium is an even more powerful synesthete. She and Wade, time-lost lovers, had found each other. Following the disastrous C.E. 814 battle at the Brennii Pass (in Wade of Aquitaine), Wade tries to return to the 21st century with Kreindia in tow. While he returns intact, she ends up in the quadriplegic body of Kreindel, a young woman who visits the same acupuncture clinic as Wade. He catches up with his love and her parents in the parking lot after an appointment. Faron Richter, Kreindel’s abusive stepfather, manages to brush Wade off despite his curative presence. Later, after Kreindel somehow disappears from the Richter home, Faron asks Wade where she might have gone. Though he suspects she’s escaped back in time, Wade remains silent. “Nothing to say to me?” begs Faron, whose foreboding name drips with villainy. Parris (Today You Write the Book, 2015, etc.) doubles down on everything that made the previous novel so rewarding. A devotion to ancient history allows the author to send his protagonists on individual, meticulously plotted adventures in time; Wade visits the sixth century to aid Theoderic the Great, while Kreindia lands in C.E. 820 to help her uncle, the imprisoned Michael of Amorium. Agile prose enlivens an already heady narrative, as in the line “Light illuminated a stripe of his face, making his darting eye appear to be mounted on the middle of a stick.” Parris doesn’t stop at depicting historical titans and epic battles. The quantum aspect of his series is just as thrilling; upon seeing the fabric of existence, Kreindia becomes “certain that this was the composition of both life and nonlife.” A dismal, uncertain finale propels readers toward the third installment. An exhilarating time-travel tale hits a bull’s-eye. 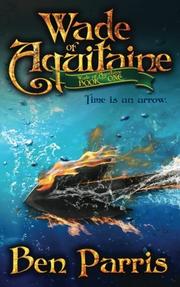 In this historical fantasy debut, an insurance salesman travels to the ninth century to save a lady love he hasn’t met yet.

Wade Linwood, a 23-year-old auto insurance salesman from Long Island, New York, has synesthesia. This disorder of cross-wired senses might cause, for example, the sight of African violets to conjure the taste of buttered toast. To ease these symptoms (and his carpal tunnel syndrome), Wade visits acupuncturist Dr. Gennadi “Nate” Nesky. In the waiting room, he’s pretty sure that a quadriplegic girl named Kreindel Richter suddenly gains muscle control and acknowledges him. The claim enrages the girl’s father, who insists, “Her face never changes. It can’t.” The day grows weirder during Wade’s appointment. The acupuncture is so effective it temporarily propels his mind into the deep past and onto the property of a leatherworker. Later, at Wheelwright Insurance, an incident with a co-worker results in Wade catching his hand in a slammed glass door. To relieve the agony, he uses a piece of broken glass to prick a sensitive spot above his heel. This flings his mind and body back onto the leatherworker’s land. The man, Wade learns, is Olich the Dyer. The place is Swabia in the Frankish Kingdom of 813 C.E. In this series opener, author Parris (Today You Write the Book, 2015, etc.) shapes his vast historical knowledge into an odd, exhilarating adventure. The year 813—as Wade eventually learns from another time-lost character—is a flashpoint between the crumbling of the Byzantine Empire and the descent into the Middle Ages. While fumbling through a realm of rampant kidnapping, theft, and murder, our hero meets the lovely Kreindia the Strange. She’s also a synesthete but uses the ability/affliction for an oracular power that most take for witchcraft. But soon after Wade and Kreindia meet at the abbey of Sintlas Ow, they are separated by Kreindia’s mission to heal an ill Emperor Charlemagne. Many would be lucky to write a whole series marked by the wit and gift for swashbuckling action and romance that Parris builds into his debut. A joyous—and deviously strange—finale should drive readers to the sequel.

Honest and hardworking IRS agent Danny “Creds” Shapiro is in trouble—with his superiors, with his girlfriend, and with a powerful politician desperate to keep a dark secret hidden. Danny doesn’t know that as he makes the journey home from work one night, trouble is stalking him and it doesn’t intend to leave him alive. In the blink of an eye, Danny is fending for his life and piecing together his memories of the last two years in search of an answer while his FBI handlers are two steps behind. How could he have possibly ended up here when all he wanted was a 401K plan to impress the woman he loves? Join Danny as he sifts through the web of conspiracy theorists, potentially crazy bosses, and a myriad of shadow organizations on his way to the truth.

The tiny colony at Mars launched during an Earth emergency sits uneasy, starved and hopeless until an astonishing chain of political intrigue lands it the Twenty-Eighth Winter Olympics in 2038. The risky venture nearly works until terrorists gain a formula that may reignite the dormant volcano. Olympian skier Yves Loitte and skater Terri Finney find themselves in the middle of a power struggle that may end in the destruction of all they hold dear. MARS ARMOR FORGED is a near-future techno thriller for those who love a hard SF showcase and the rich Mars subgenre.
Published: Aug. 29, 2011
ISBN: 978-0983006442