Connect with Benjamin A. Bryan 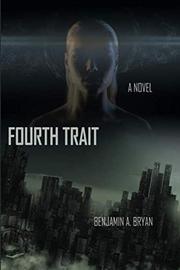 BY Benjamin A. Bryan

Decades after a mysterious cosmic event killed 95% of Earth’s people, the survivors fight battles while haunted by spirits of the dead in Bryan’s SF novel.

In 2031, the Great Catastrophe, a mysterious cosmic event, occurred, and now about 400 million survivors make up the UEA, an upstart, North American cabal seeking to establish a one-world government. Pockets of violent resistance fighters materialize, but they’re not the only things newly appearing in the dark new world. Lingering spirits of the dead—known as the “unattached”—are restless and ubiquitous. The Great Catastrophe only seemed to spare people who could psychically detect the “anuniverse,” where the spirits dwell, so such hauntings are no small thing. By the 2090s, studying and fighting the unattached has become an obsession for Raile Alton, a UEA “anologist”—basically a ghostbuster—who lost the love of his life, Lily, among others, during a resistance attack. He grieves the fact that he hasn’t ever felt Lily’s phantom presence. Moreover, Raile has been hunting an unattached entity calling itself “Cavusa.” Most unattacheds are bewildered, slowly waning energy patterns, but Cavusa is sentient and homicidal. As Cavusa’s victims pile up and the resistance fighting escalates, the shadowy chiefs of the UEA near their goals, including a body-switching “transference” technique that allows one to live forever. SF fans may be reminded of English writers who blurred the boundaries of science fiction and the supernatural, such as Nigel Kneale and Colin Wilson. There’s a steep learning curve with this novel, though, even for genre followers, due to Bryan’s use of unfamiliar terms such as “physipethic” and “anmatter,” instead of, say, “telekinetic” and “ectoplasm.” There’s a narrative shoutout to H.P. Lovecraft’s work, but the bulk of the story deals with cloak-and-dagger insurgency and guerilla ops with a paranormal tinge. The reversals, surprises, and betrayals are numerous, and the book finishes without a concrete resolution. Invested readers, therefore, will hope for a continuation, even with a grave ambiance hanging over the story.