Bonnie Virag was born in the town of Simcoe, Ontario, Canada. She comes from a family of eighteen. When she was four years of age she was taken by force from her rural home in Canada, along with four other siblings, and placed into foster care. Over the next fourteen the years the children are separated and reunited multiple times as they move from one foster home to another, always hoping to find one another again. She and her twin sister would enter seven different foster care homes before being fostered out at the age of 18.

Married at age 19, Bonnie and her husband would emigrate to the United States. Bonnie would enroll in the Academy Nvart to seek a degree in Fashion Design. For many years she would design clothes for a select clientele before opening her own business designing and fabricating window treatments.Failed hand surgery would necessitate the closing of her business. it was then, while using her typewriter for hand therapy, she decided to write her memoir of life in the foster care system. Bonnie and her husband reside in Novi, MI. and have two married sons and three grandsons.

ASIDE: After the release of her book, Bonnie would unite with 5 siblings that were born after she was put in the foster care system.

“An inspirational story of survival and the loving bond between sisters.”
– Kirkus Reviews 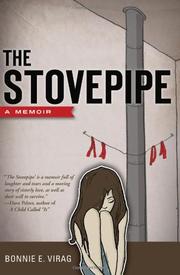 Virag’s memoir paints a bleak portrait of a broken childhood, but her strength shines amid the rubble.

In the early 1940s, Virag and four of her siblings were forced into a big, black car and taken away from their home by the Children’s Aid Society. She was never told why; she was 4 years old. Though poverty-stricken, Virag had always felt love from her mother and an older sister, “Muggs,” who helped care for the younger children (Virag’s mother had 18 children total). Virag’s home life was hardly idyllic—her rowdy older brothers gave her canned molasses to quiet her when she cried from hunger—but it was far better than where she ended up. Plunged into foster care, the children were often abused and used for labor. Virag and her twin sister, Betty, performed grueling, dangerous work on a tobacco farm and were locked in an attic at night with no heat other than a stovepipe, which provided minimal warmth and became a comfort of sorts for the girls. Virag’s plainspoken style makes for a powerful read. At one point, the children are so hungry they eat sassafras leaves. When the girls slice open their bare toes while hoeing, Virag describes how they “simply rinsed off the blood and went back to hoeing.” Readers should prepare to be angered and moved to tears: One of the most heartbreaking scenes involves the rape of Betty when she is 7 years old. But there are better times and even much “whistling in the dark” humor, as the author does a beautiful job of capturing the voices of childhood. The book is a swift, well-written read and not merely an indictment of the foster-care system. There is compassion from some adults, such as a foster-care worker who helped Virag enroll in art classes during her high school years. Amazingly, Virag’s voice is not bitter, as she plumbs the depths of despair and rises above what no child should ever have to endure.

An inspirational story of survival and the loving bond between sisters.