Bonnie Stanard is an award-winning author of poetry and fiction. Following the publication of a series of four antebellum novels, she wrote “Dust On the Bible,” a family saga set during WWII. A sixth novel is expected out in 2016. Her short stories and poems have been published in journals such as Harpur Palate, Slipstream, Eclipse, and North Atlantic Review. Prior to focusing on fiction, Stanard edited serial magazines, including Rendez-Vous (Brussels, Belgium) and FanFare (Richmond, VA). 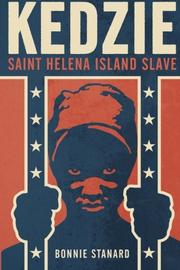 In her debut historical fiction, Stanard gives voice to slaves, shedding light on the darker side of antebellum American history.

Kedzie, a young slave girl living in the town of St. Helenaville, S.C., is the property of Mistress Ridley. Kedzie’s master treats her more like a daughter than a slave, but when her mistress unexpectedly dies, Kedzie is sent to live on a plantation where a very different life awaits her. No longer a house servant, she finds herself toiling in the cotton fields and dwelling in slave quarters. Kedzie’s account gives the book a stroke of realism and believability, which help evoke powerful sensory images of plantation life. As Kedzie describes the shack she shares with three other slaves, readers can almost smell the wood-burning fire and feel the dank, oppressive heat. Incorporating what appears to be a great deal of research, Stanard has the remarkable ability to immerse the reader in the unstable times of the antebellum South. The frantic pace of the story gives a palpable sense of urgency to Kedzie’s predicament, all while speeding toward its eventual resolution. Neutral character descriptions are doled out in bits and pieces throughout the book. Kedzie’s new master, for instance, is no doubt a vile, loathsome human being, but such harsh adjectives like these aren’t employed. Instead, his acts are described in lurid detail, leaving it up to the reader to assess his virtue. All the players, both good and bad, are given this treatment, except for certain members of the master’s family who are somewhat neglected, which can lead to a bit of confusion when they infrequently appear in the narrative.

Master is the second of a four-book antebellum series. It is 1857 and Tilmon Goodwyn wields absolute power over his island plantation which hardly makes a profit because of his profligate spending and gambling. He has maneuvered to secure financial benefits from his wealthy widowed mother. When she becomes interested in a Charleston artist who has his eye on her fortune, Tilmon meets head-on with a threat to his inheritance.
Published: July 2, 2012
ISBN: 978-0986001918