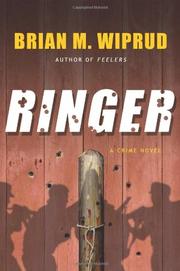 Morty Martinez, Brooklyn’s wealthiest ex-housecleaner, returns from Bolivia for another round of criminal mischief and belly laughs.

East Hampton heiress Purity Grant has such a long record in the courts and tabloids that her mother’s widower and executor, Grab-A-Lot founder Robert Tyson Grant, might well want her dead even if her hijinks didn’t play havoc with both his health and that of his corporate balance sheet. With the connivance of Dixie Faltreau, the nubile and naughty director of the Grant Charitable Trust, Grant hires Paco Ramirez, that noted Mexican hit man, to get rid of Purity. But Paco is delayed by this and that, all lovingly detailed. The Latino whom Grant mistakenly welcomes into his confidence is none other than Morty (Feelers, 2009), who’s been sent to recover a talismanic ring that Grant stole from a dead conquistador’s severed hand back when he was a child in a La Paz orphanage. No sooner has Morty, who’s just as clueless as Grant about the mixup, arrived than conspiracies and counterplots multiply as quickly as cockroaches. Dixie, whom Morty promptly lures from Grant’s bed, turns out to have ideas of her own. So does the equally homicidal Purity, who’s signed a contract with Ultravibe Media that pays her a whopping bonus if she can stir up three scandals within a week. And let’s not forget Helena, the palm reader who swiftly realizes she can milk Grant for more than a few pesos. The whole carnival of crime is juiced by Morty’s fractured, albeit mellifluous, dialogue and the conceit that he’s submitting the whole story in sort-of-screenplay form to a Hollywood producer the night before his execution for murder.

Wiprud (Buy Back, 2010, etc.) even provides a wholesome moral lesson for “others who have been framed by two insane rich people who were hell-bent to kill each other.” 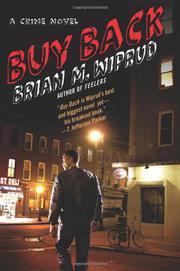 Art theft, catnapping and other seriously negative energy on the mean streets of Brooklyn.

Tommy Davin is in corporate recovery. Insurance companies hire him to recover stolen property, usually by giving the people who stole it a fraction of its value so that the insurers can return it to its rightful owners instead of paying out a claim. You may think Tommy’s just one step removed from a fence, but the system normally leaves everybody happy. Sometimes, though, it needs tweaking. When Tommy’s live-in showgirl Yvette takes off for Vegas, leaving him with four cats and a mountain of debt to Vince Scanlon, he hires three buddies to steal some paintings he can turn around and recover for the Whitbread Museum. All of which would still be fine if the paintings weren’t hijacked before the thieves made it across the street. Now Tommy’s got the cops on his case, Vinny breathing down his neck and Gustav, a Russian in love with Yvette, breaking down his door, snatching the cats and leaving notes professing his eternal devotion to Yvette and his hostility toward Tommy. Worse, everybody Tommy talks to about the hijacking seems to get shot in the middle of the conversation because, as Tommy says about one hapless victim, “his chi was compromised.”

Wiprud (Feelers, 2009, etc.) whips up an unbeatable mix of violence, double-crossing, tantric-breathing exercises and deadpan aphorisms: “The truth is like a cat. If you want it to sit on your lap, you just have to stay long enough in the same room.” 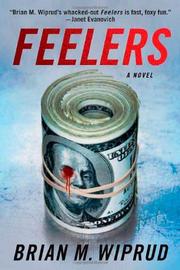 A guy who cleans out dead people’s houses turns up $800,000 worth of trouble.

Those in the know call Morty Martinez one of the best feelers in Brooklyn. He has a nose for which houses are most likely to conceal unsuspected valuables that his home content removal service can then vacuum into his savings account. It’s all perfectly legal, but that’s not much reassurance to Morty when he finds a flock of coffee cans packed with U.S. currency while he’s cleaning out the Trux home on Vanderhoosen Drive. No sooner has Morty squirreled the cash away in a self-storage locker than he’s besieged by competitors who’d like the money even more than he would. There’s professional rival Pete the Prick and his enforcers, the fearsome Balkan Boys. There’s mannerly Danny Kessel, who after 15 years in prison for his role in an armored car heist kills a man with an icepick his first day out. There’s retired Brooklyn cop Charlie Binder, who’s had an eye cocked for the $5 million snatched from that armored car ever since Danny went down. Morty’s also besieged by a shapely hairdresser named Fanny, but she may just be after his body—which is what he’s going to end up as if he doesn’t find some way to distract his pursuers, for instance by getting them to pursue each other instead of him.

Wiprud (Tailed, 2007, etc.) switches his point of view so often and suddenly that you’ll risk whiplash. But you’ll gasp with laughter and surprise all the way to the hospital. 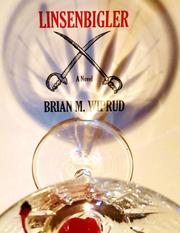 Boone Linsenbigler is a man who has spent his 40-plus years as a freelance writer, honing his fly-fishing skills, drinking excessive amounts, and concocting an artisanal elixir as an additive for mixed drinks. As the book’s first sentence explains: “I was thrust into moderate fame when a brand of cocktail bitters bearing my bewhiskered likeness—and name—went viral.” Linsenbigler’s contract with the multinational Amalgamated Beverages involves the clever branding of his “old timey”–cum-hipster looks with “cocktail-savvy” social media connections. Coached by his handlers to curb his coarser characteristics and to affect a courtly, dashing sophistication, Linsenbigler finds that his newfound prosperity enables him to indulge in his love of fly-fishing. While on a trip that involves fishing the sand flats off the coast of Mexico, Linsenbigler performs a drunken maneuver off of a hotel balcony that inadvertently results in the apprehension of a burglar. With some mild dissembling by Linsenbigler, followed by some hyperbolic embellishment by Terry Orbach, Amalgamated’s dogged publicist, the pitchman is touted as an international crime fighter. Soon, Orbach wants to capitalize on Linsenbigler’s heroic reputation. Thus the pitchman is covertly sent into harm’s way to apprehend dangerous criminals while seemingly savoring exotic fly-fishing excursions. To the enjoyment of readers, he is surprisingly adept at defying death and injury through his remarkable abilities to charm, fight, mix appropriate cocktails, and catch elusive fish. Of great pleasure are Wiprud’s (The Clause, 2012, etc.) inclusions of arcana about “drinksology” as well as fly-fishing. The hero offers: “Ever the iconoclast and contrarian, I prefer to make [Manhattans] with wheat-based bourbon as opposed to rye-based.” He later describes the art of catching a bonefish: “The fact of the matter is that you will miss hooking most bonefish if you raise the rod tip the way you do with a fish that turns away, so you have to consciously make sure you strip strike.” The book’s humor derives in part from dry asides like “As my father used to say: When your shorts ride up don’t try to fix the tractor.”

While this book delivers an engaging, occasionally silly pleasure cruise, the crime-fighting protagonist remains an indelible character, worthy of sequels.