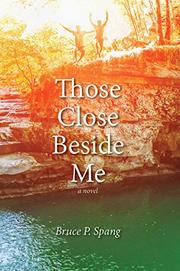 THOSE CLOSE BESIDE ME

A novel tells the story of a young American poet driven to find himself in the mountains during the late 1960s.

After the tumultuous summer of 1968—when assassinations and riots killed whatever optimism had flourished in the decade’s early years—Jason Follett leaves his Illinois home to attend divinity school at Vanderbilt University. But he isn’t doing it out of any love of God: “By luck, and the recommendation of a college professor, I applied to Vanderbilt Divinity School, was accepted, got my 4-D deferment, and, for at least two years, put off military service.” In addition to the disconnect he feels from the politics of his conservative parents, he is confused by his own gay urges, which he is forced to keep quiet to avoid persecution. At Vanderbilt, Jason, who writes poetry, meets Erling Duus, a fellow student who loves the transcendentalists and plans to open a school in the Cumberland Mountains. “It builds on folk traditions that are being lost in the rapid-paced urban and industrial society,” Erling explains. The purpose of the school is to get back to a purer democratic way of life according to the customs of the region. Though it’s difficult to explain exactly how the folk school fits into Jason’s ministry, he goes all-in on the project, moving to the mountains and studying fresh lines of thought. As he engages in dramatic affairs with women—and men—Jason attempts to shed old hang-ups and find a new way to exist. But the rest of America cannot be kept at bay. News of the Stonewall Riots, Kent State, and other events reaches as far as the folk school, and suspicious locals become a threat. As the ’70s dawn, Jason must decide what sort of man he must be to meet the new world. Spang (Description of the Thrush, 2014) writes in a quiet, literary prose that deftly captures Jason in all his passion and vexation: “I skipped a few services as the summer days shortened. I’d been cashing in my wages of sin at a rate that frightened me. Much as I tried to deny it, my attraction to Stephen who slept at the log cabin with me became an obsession.” The book introduces a captivating world where academic radicals mix with conservative working people, a fertile environment for examining the tensions of the time period. But Jason is perhaps not quite as intriguing as his surroundings: Compared to the other characters’ difficulties, his problems are generally less urgent, and he is less active in confronting them. Much of the novel is reported as exposition, which slows down the pacing and deadens the vitality of what should be fairly emotional content. That said, the story feels more than a little topical in the current cultural climate, when every young person seems to be involved in some existential crisis, and where every choice feels political, even going off to talk about poetry in the woods. Spang engages with real ideas about the ways individuals and societies can function, exploring human flaws and human aspirations in equal measure. 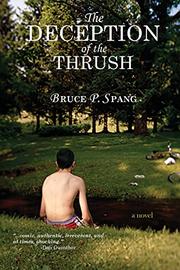 THE DECEPTION OF THE THRUSH

In this coming-of-age novel, a young, closeted gay man asserts himself and his political beliefs in the mid-1960s.

At first glance, Jason Follett’s life seems enviable: His family is wealthy and respected, and he’s a handsome fraternity brother and football star with no shortage of female suitors. Upon closer inspection, however, the cracks start to show: He’s resistant to his father’s overbearing brand of parenting; he’s begun to question the decisions of his country’s government, particularly its involvement in Vietnam; and his housemates wonder whether his lack of interest in women is a sign that he’s a homosexual. The novel opens with the insecure Jason entering Ashbury University (“The Harvard of the Midwest,” reads its billboard) as a freshman, pledging the DAE fraternity and playing on the intramural football team. But these gee-whiz, All-American attributes begin to wane as he reads poetry and grows darker and more introspective. A night carousing with a fraternity brother and friend Sue, for instance, is sidelined when he finds a dead boar in the woods and contemplates his own mortality. While Jason’s struggles are interrelated, Spang (Boy at the Screen Door, 2014) is careful to give each its due space while crafting Jason as a complex, relatable character. Often, alcohol is used to mask or blunt his feelings; in a telling shift, Sean and Randy, two upperclassmen who had hazed him when he was a pledge, become acceptable company after he’s been drinking. While Spang does admirable work getting Jason on the page, many supporting characters come across as one-dimensional, especially Jason’s father, who appears needlessly and uncomplicatedly severe toward his son. But the novel’s biggest problem is easily its length—scenes go on for pages longer than they should, sometimes merely reiterating characterizations that happened chapters earlier. Spang gets a bit more traction in the novel’s second half, when Jason’s doubts and insecurities coalesce into a new version of his personality, one in which he’s unafraid to engage his father in political debate or admit to himself that he’s interested in men.

A serviceable coming-of-age story with an engaging protagonist, though the novel could use some trimming.

Death in a Family

The Boy at the Screen Door

To read Boy at the Screen Door, is, as Walt Whitman insisted, to touch a life, and, thus, touch life itself. This book resists sumamry in the way that life resits summary. Bruce Spang testifies to the life sheer unrepentant force of life and the memories, both broken and whole, that force leaves us with.--Baron Wormser
Published: April 20, 2014
ISBN: 978-1-4675-7262-1

To The Promised Land Grocery

To the Promised Land Grocery is a line drive on the frozen rope of reveries and meditations over sex, gender, identify, and morality. He bring to light American rites of passage that have been experienced from both gay and straight perspectives. Plain-speaking, smart, and incisive. --Jack Myers
Published: June 20, 2008
ISBN: 978-0-9796947-8-3