Connect with C. A. Clark

Author C.A. Clark's debut novel (Volume 1 of a 7 book series) has received the acclaim of critics from Kirkus Reviews, earning the coveted privilege of being featured in the Indie Section of Kirkus' monthly magazine (Sep. 15,'15 Issue), and on the Kirkus Recommended Reading List. Additionally, she has been listed as a Finalist in the 2015 competition, "50 Great Writers You Should Be Reading", hosted by The Authors Show.
C.A. Clark ("Charlie") currently resides in the Willamette Valley of her native Oregon home state, together with her daughter, Naya. Together, the inseparable two-some enjoy scouting throughout the great outdoors, or else blazing new trails across the continental US. At home, they enjoy a staple diet of Disney (and all things fiction), and like to indulge in cooking, baking, crafting, or scheming up daring adventure to new lands—both real and imagined.

(Excerpt taken from Forward section of Book I, "The Oath")
A Message From the Author:

At Twenty-five I found myself alone in a New York hotel room, hiding from my baby’s father. My life had fallen apart in pieces: I had no home, no family in that part of the country, and few acquaintances. I was trapped… and very, very alone. Fear of the Past haunted me, while personal insecurities and the unknowns of the Future terrified me… How could I ever rise again?

For anyone who has ever known anguish, fear, regret, and the burdens of guilt and hatred, my prayer is that my books will inspire you with Courage and Hope.

I had grown up with dreams of changing the World. Instead, here I was: lost, confused, and on the run. Deep down, I knew it was all my own fault. I had heedlessly refused to acknowledge the warning signs surrounding this seemingly loving, good-natured Egyptian man who had come into my life, and had plunged head-long into marriage and parenthood. But his laughter quickly turned to brooding shortly after my pregnancy began, as tender gestures disappeared in the face of abuse. Glowing smiles to everyone on the outside hid the fear mounting behind closed doors, as my husband burst into fits of rage and jealousy, threatening to commit acts of violence over perceived acts of insubmission. Shouts and swearing escalated to threats to maim, blind, and disfigure me— or even end my life. Then there was the back-track cover-up, as he would gently console me, chiding me for my foolishness in taking such threats seriously. “Everyone” knew he was a family man who put his wife and child first, and would never bring them to harm—I should stop letting my imagination run wild, because no one would ever believe me. I was simply “depressed and in need of clinical help”, and he advised that I surrender myself to the care of a psychiatric facility for mental, psychological assistance. Inwardly, the emotional whip-lash, brain-washing, and warped, twisted mind-games were starting to make me feel as if I truly was going insane, descending like Alice down the black rabbit hole and into a frightening world where nothing was as it seemed. I was caught in an elaborate web of deception, so that sometimes I could no longer distinguish truth from lies, friends from enemies. Who could I trust? And however could I get myself—and (more importantly) my fifteen month old child—away to safety? … In dread I had watched the warning signs grow, until the day I knew I didn’t dare risk waiting another moment. After my husband left for work, I immediately threw everything into suitcases and, with my toddler in my arms, walked out the door and into the great Unknown. Hours later, isolated and alone in that Long Island hotel room, I was on my knees—pleading for the Lord’s strength and help to know what to do next. More than anything, I wanted two things: to know that, 1) despite everything else, a Sovereign God still had me in the center of His hand, and 2) that there was still a purpose and plan for my life.
Today I know beyond a shadow of a doubt that He always did, and He always will. Nearly a decade and a book series launch later, I can say of a surety that God most definitely does hold up His Promises. I have seen God bring me from victim to victor, from tears to triumph, and from a living nightmare to learning how to dream all over again, and to reach for the stars. And if there's one truth I've come to know, it's that the blacker the night, the more brightly the stars light up the sky... I've learned to shine in the darkness, and my prayerful hope is that you will, too.

"...There is no growth without loss, and no art without longing." —A.O. Scott, Film Critic 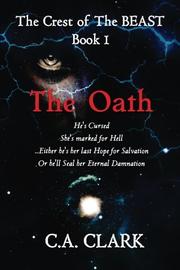 This fantasy debut sees a lady-in-training drawn into battle against an evil force that’s destroying kingdoms far and wide.

While still a child, Adelheide, or “Adlai,” of House DuReiyne left her own family for the safety of House Dombrey. King WenLaon decided to have her raised alongside his son, Willan, while he fought the Shadow spreading through other nations. Now Adlai is a mischievous 16-year-old, and she adores Lord Willan, eight years her senior. One day, while practicing their tracking skills, the pair travels on horseback further than they intended. Cutting through the dark woods toward home, they encounter two winged beasts; a ferocious battle chases away Adlai's horse, and she’s gravely injured. Miraculously, though, she’s soon healthy enough to be reprimanded by headmistress Ardath, an abusive woman capable of boundless cruelties. Later, a cadre of tutors, including the affable Dr. Hindley, arrives to help mold Adlai into a lady fit for court. A disfigured stranger, whom Willan orders Adlai to avoid, then visits the Manor. When the stranger returns Adlai’s missing horse, however, her life turns bizarre. She finds that the answers to lingering questions about her origin are tangled up in both her dreams and her waking world, even as the love that’s carried her through a difficult youth proves unsustainable. Clark’s richly textured fantasy debut casts familiar creatures such as elves, dwarfs, and griffins in elaborate new roles that should surprise longtime readers of the genre. She vividly portrays Adlai’s teenage mindset in lines such as, she “felt an uncanny certainty that every peevish emotion she ever held was worn openly upon her sleeve.” Elsewhere, Adlai receives a mission that adds a religious tenor to the narrative; she’s told by a higher power that “the weaker you are...the more My own strength can freely flow through you.” Occasionally, the descriptions are florid, but when Clark serves up a dreamlike atmosphere (particularly in a scene featuring the Muses), her prose shines. This volume brings the story a measure of closure before speeding Adlai toward further adventures.

A dense, character-driven weave of fantasy, mythology, and romance.

: Empowering Women to be all that they were meant to be--inside & out. :) Partnering with ministries and organizations world-wide to bring an end to sexual slavery, domestic violence, and poverty.

The Oath: Finalist, "50 Great Writers You Should Be Reading" (Presented by The Authors Show), 2015