Carl H Mitchell has an engineering and computer background and lives in Hillsborough, New Jersey, with his wife. They winter in Tarpon Springs, Florida. Along with downhill skiing, he counts among his hobbies the keeping of koi fish, of which he currently owns more than one hundred. Auditing a year’s worth of bills for fish food and pond maintenance has led to the more accurate conclusion that the koi own him. He was drawn into the world of fiction as a young teenager by Victor Hugo’s The Hunchback of Notre-Dame. Isaac Asimov and Ernest Hemingway completed his capture. He writes to entertain and challenge his readers. Visit his website at CarlHMitchell.com. 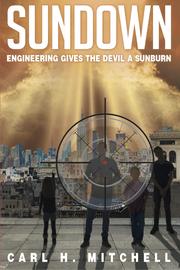 The assassination of the vice president of the United States leads a New York City police detective to uncover a political conspiracy and a struggle for world domination in Mitchell’s debut dystopian tale, set in the near future.

In 2057, Detective Nick Garvey’s latest case is hush-hush: the unpublicized murder of Vice President Jerome Wellsley and four Secret Service agents in New York. But the top priority for Nick and his partner, Tim Branson, is to protect President Lenora Allison. Nick has a good idea of who would want to have her dead: Jason Beck, the supreme director of the World Council, which, after acquiring the majority of the world’s oil, rules over multiple countries. President Allison, it turns out, is a potential threat to the Council’s control; she’s planning to activate a system, involving a 30-year-old Japanese satellite, that will convert the sun’s energy into electricity for the whole of Manhattan. Nick’s ex-partner, Gerry Martin, who’s now a World Council employee, is a source of inside information. Unfortunately, Beck soon becomes aware of what Gerry and Nick are doing. The detective already has his hands full with his estranged daughter, Sandra, who blames him for her mother’s death and wants to keep him from his 7-year-old granddaughter, Nicole; she’s also latched onto an abusive man named Delmar Pillsbury. As Nick unravels the conspiracy, it will likely put Nick—or someone close to him—in serious jeopardy. Although the novel’s dystopian setting is well-described, it’s first and foremost a detective story. As the gleefully convoluted plot unfolds, Nick slowly uncovers a mystery that involves even more murder; he also detects signs of probable sabotage of the electrical grid, and he eventually exposes a tangled scheme involving, among other things, a curious metal box and a man thought to have died years ago. But Mitchell’s vision of the future in this work seems more alarmingly realistic than those in other sci-fi tales, with law enforcement being an especially striking facet of it. Official city policemen (or “pro cops”) like Nick are a dying breed; the Council’s Pop (short for “Population”) Police are so feared by communities that they’ve taken to safeguarding themselves with their own “paracops.” Mitchell’s environment of World Council domination and surveillance often feels claustrophobic, and it’s literally so when he has Nick traverse dark, underground tunnels with someone in pursuit: “Nick counted twenty faint heartbeats and decided he could wait no longer. Ten steps. Twenty. Twenty-five. No further sounds.” The characters aren’t easily defined, even by their actions; some that initially appear to be Nick’s allies eventually turn out to be something else entirely. There’s surprisingly little violence, although the novel is not without its grimmer moments; dog lovers, in particular, should proceed with caution. But Mitchell contrasts these with bits of tenderness (as when a number on a truck sparks a memory of little Nicole) and humor (as when Tim’s electronic video tablet is deemed “ancient”).

A beefy police procedural with well-developed sci-fi and espionage touches.