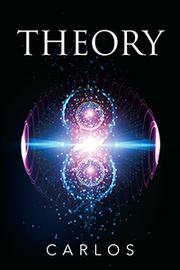 A secret agent investigates a conspiracy theorist in this debut horror-tinged thriller.

Theory is a man: Elysium Theory, celebrated conspiracy theorist, television host, and functional alcoholic. The man with the unlikely name is mourning the loss of the love of his life, and his grief is manifesting itself in destructive ways—such as tricking his fans into leaping off a building so he can see how they fall through space. Theory’s production manager, Simeon White, is trying to keep his boss happy and out of prison, mostly in hopes that he will inherit Theory’s media empire when the host inevitably exits the stage. But the deaths have not escaped notice. Selena Black is a member of the Black Syndicate, a secret government-backed intelligence operation of nearly unlimited power. The Blacks raid Theory’s offices, capture Simeon, and blackmail him into turning against his boss. But Theory isn’t Selena’s only problem: Something has been murdering Black agents and leaving only their epidermal tissue behind. Whatever is sucking people out of their skins, the archives prove that it first struck 100 years earlier. The cases turn out to have more to do with each other than it immediately appears. Even stranger, it seems that Selena looks identical to the mysterious woman whom Theory is pining for. Carlos’ urgent prose teases out the tensions in every scene: “Selena depressed the button to the eleventh floor. She started to get a bit nervous; something was off. Maybe it was her own behavior. This was just uncharacteristic of her and went against every Black Syndicate protocol. Selena was operating without a safety net.” The novel offers some fun twists and turns. But it suffers from a cast of characters who will fail to stir much emotion in readers. None are sympathetic, and some—including Theory—are quite abominable. The author sets him up to be something between Alex Jones and Julian Assange, but he lacks such specificity. Even more problematically, everyone speaks and thinks in action-movie clichés, as in this passage focusing on Selena: “There was one problem: she hadn’t planned on falling in love. It wasn’t part of the mission parameters.” The result is pure pulp.

A spy tale that delivers several surprises but fails to capitalize on an intriguing premise. 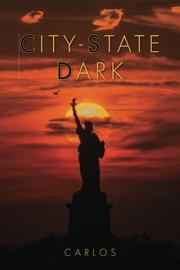 Rebels fight the state in a world changed by unnatural disaster in Carlos’ (Water on the Moon, 2010, etc.) sci-fi tale.

The setting of this thriller is a dystopian place called the City-State. Once upon a time, it was known as “Manhattan,” but then a disaster called “the Dry” struck the entire world. Now, the city’s most precious commodity isn’t something along the lines of oil or gold—instead, it’s water. The general populace is desperately dehydrated all the time, and water theft is a dangerous crime. The City-State is ruled over by the Doge, an absolute tyrant who’s also something of a messianic figure: he’s seemingly all-powerful and served by robed henchmen, a creepy elite, nicknamed “specters,” who undergo “covert training.” Fighting against the Doge’s oppressive rule is a ragtag group of rebels led by an irascible mercenary known as Cortez, “a man who commands and receives respect” but who isn’t what he initially seems to be. Cortez has assembled a core team of fellow mercenaries, and they’re worried about rumors of a clandestine program that the Doge is running—one that might be creating inhuman warriors known as “Clerics.” The narrative takes readers deep inside the workings of the City-State, into the Doge’s palace, even inside the all-too-real Cleric program, always with an evenhanded tone that makes it easy to sympathize with the characters. Over the course of the story, both the rebels and the City-State undergo surprise changes of leadership, and it all builds to a tense climax. That climax is well-served by the author’s smooth, confident command of pacing and dramatics. Overall, his scenes come at a rapid-fire pace that almost never seems forced. Although his characters often veer toward one-note action-thriller clichés, they’re written with such muscular energy and directness that most readers will keep reading, regardless—especially those who enjoy the Blade Runner–style dystopian sci-fi subgenre to which it belongs. One player, in particular, stands out: a young woman named Rita, who grows to play a key role in the plot and who’s far better developed as a character than anyone else in the book. The tale’s genesis as a teleplay, though, seems only thinly papered over; readers are told how old characters appear to be, for instance, instead of how old they are, and what they seem to be doing rather than what they are doing, and so on. There are very few detailed location descriptions, on the whole, and most of the book’s action is oddly narrated from a first-person-plural perspective (“The man in the cloak removes his hood and we see his face”). One or two such moments would be fine, but the constant filmic reminders quickly grow distracting. The propulsive drive of the story—and the tightly controlled tension between the rebellion and the forces of the totalitarian state—does counterbalance these quirks, but the book would have been stronger without them.

A taut and mostly effective sci-fi thriller with two very good heroes and an engaging villain.

The Night Circus, Oryx and Crake, American Gods, Exit West, Fates and Furies, Everything I never told you, Less than Zero

Water on the Moon

A struggling writer finds inspiration in self help meetings and a sex addict, who isn't his wife, propelling him into success.