Caroline E. Zani is a spirit medium and author quite by chance. After having experienced a life-altering event she realized that there is more to life than she ever learned in school or church. She loves nothing more than to work with people who come to her feeling lost and broken and showing them the amazing gift of intuition they didn’t know they had. Through readings, workshops and classes she walks a path that allows her to guide others as they walk theirs. Her debut novel Piper, Once and Again was written just prior to the experiences that led her to this path and for that she is eternally grateful. She resides in Massachusetts with her husband, daughter and many four-legged friends.

“An unsettling and haunting tale of two heroines that lingers after the telling.”
– Kirkus Reviews 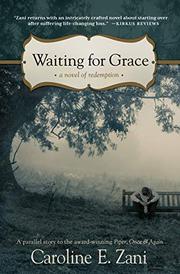 Zani (Piper, Once & Again, 2016) returns with an intricately crafted novel about starting over after suffering life-changing loss.

The narrative opens with an intriguing dialogue, occurring in 1991, between an unnamed plastic surgeon seeking legal advice, and a lawyer, identified only as “Cranston,” who refuses to take the doctor’s case because “We only take cases we can win.” Fast-forward to 2019, and Dr. Eli Cranston is in his barn feeding Ink and Smudge, two rescue ponies that he recently adopted. Is this the same Cranston? Indeed, it is. In 1991, Eli was a successful defense attorney working for his father’s law firm, one of the largest in California. He was married to a woman named Antigone and had a newborn daughter, Grace. Since then, readers learn, he’s become a doctor of psychotherapy specializing in “FLP” (“Future Life Progression,” a form of hypnotic therapy), and has moved to a small town in Maine. The principal people in Eli’s new life are Clem, a crusty but charming jack-of-all-trades who speaks with a heavy Maine accent (“Just give me the kinda terlet seat yah want”); Rebecca, who owns a farm and sells baked goods at the farmers market; Otto and Elise Gunther, survivors of Nazi Germany; and Hope, an 11-year-old with a drug-abusing mother and an abusive, heavy-drinking father; the girl takes care of Eli’s ponies. Zani’s engaging, descriptive narration is filled with powerful imagery, whether she’s describing a setting (“the sounds of the water beyond the trees could be heard here in the stillness. The bay quietly filling and emptying leaving the sand studded with clams”) or disclosing someone’s inner thoughts. Throughout, the author drops hints and uses periodic flashbacks—set during various stages of Grace’s early and teenage years—which make it clear that Eli is deeply troubled by something in his past that he’d rather not address. She skillfully weaves together what initially appear to be unrelated story threads and provides some surprising twists, as when Hope learns who her great-grandparents are, or when Eli finally overcomes his demons and his past comes roaring back, threatening to upend it all.

A quick read with likable characters and an affecting ending. 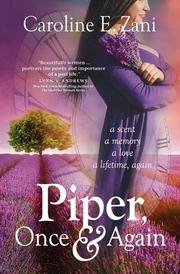 Piper, Once and Again

Scent memories, momentary visions, and spiritual entities that travel through time and space mingle in this fictional account of reincarnation.

Zani, who defines herself on her website as an “intuitive medium,” makes her debut with a mystical, romantic fantasy that breaches the line separating life and death. Moving back and forth between the story of her present-day heroine, Piper, and that of a 19th-century woman named Piper, Zani weaves two intersecting tales. For the first seven years of her life, Piper had an “imaginary” friend, Vander. But he vanished, along with her memory of him. What remains is her curious affinity for the letter V. A precocious child, she grows into an independent young woman who has difficulty forming close relationships. She experiences “scent-aches,” not quite a memory but rather the actual hint of an aroma that is triggered by something other than her physical surroundings. Her greatest passion involves her horses, and she has a fierce need for alone time. She is sometimes a rather self-centered, irritating character. As Zani tracks the events in Piper’s life, she intersperses chapters revolving around the earlier Piper, a sweet girl who tragically lost her mother when she was still a child and who grew to be a loving, and beloved, daughter, wife, and mother. These visits to the past story slowly reveal to the reader the sources of the smell-aches, clues that remain hidden to present-day Piper for most of the novel. When Zani’s chapters switch to the 1800s, her phrasing becomes archaic: “when she was in her twelfth summer, Vander his fourteenth….” The language feels a bit stilted and anachronistic. And although the author’s prose is reasonably smooth, her paragraphs frequently are so long that one is tempted to just move on. They would be more forceful if they were broken into two or three bites. While the suspension of disbelief is required to become fully engaged in this narrative about a love that reaches across the great divide, the reward is the guilty pleasure of gradually unraveling the puzzle that defines a raven-haired beauty who struggles with the feeling that she is somehow “different.”

An unsettling and haunting tale of two heroines that lingers after the telling.

Of Mice and Men

"Life appears to me too short to be spent in nursing animosity or registering wrongs." Jane Eyre