Carolyn Gross is a small animal veterinarian living and practicing in New England. She started writing during her residency and hasn't stopped since. Writing scientific research papers is not nearly as fulfilling as delving into a unique world. Rules don't have to be confined to science as we know it. What started as a hobby is now an obsession. Carolyn is happy to talk about any project, finished or otherwise.

“A twist on the fantasy genre turns this debut thriller into a story about a girl discovering her unusual strengths.”
– Kirkus Reviews 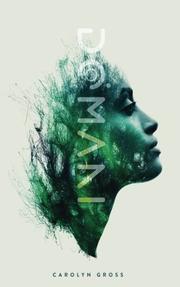 The first installment of Gross’ (Bard’s Exile, 2016, etc.) sci-fi series follows a woman as she aims to save a population of a planet headed for fiery annihilation.

Lulu emphatically believes in the message of peace and hope that she receives from the doyen—a prophet named Sen on the planet Dalia. As the face of the ruling Sanctuary, the doyen usually promises Dalia’s people that the neighboring planet Laima won’t abandon them; its shadow protects their world from a fire cyclone. Sen’s latest speech, however, is surprisingly grim in tone: he claims that Laima’s orbit will imminently shift, ensuring Dalia’s destruction. When one of his massive guards, known as “crawlers,” reacts to this by apparently attempting to kill him, Lulu intervenes. Consequently, she and Sen wind up being judged by the Wards, the women who rule the planet and control the doyen. Coming to Lulu’s aid is her father, Mikal, a former Sanctuary assassin who bravely confronts the genetically engineered crawlers. After Lulu and Sen escape, they uncover quite a few secrets, including a couple of major ones that Mikal has been keeping. As it happens, Lulu is a significant figure among the Dalians, and she has previously unknown capabilities, such as the power to light a beacon to call for aid. Those who respond to that beacon, however, may not be so accommodating. Lulu, Mikal, and others commandeer a ship to travel to another planet, where they make allies, face hostility, and learn a good deal about Dalia. Gross offers an initially simple story that becomes increasing dense. Lulu is the first focus, and only after she and Sen uncover more information about themselves are other major characters (and plotlines) introduced. Several characters change their alliances along the way—or at least appear to do so. For example, Mikal, to save his daughter, makes a deal with the Wards to assassinate Sen, who’s quickly becoming Lulu’s friend. In the same vein, all the major Dalian characters are forced to band together when they face opposition on a new planet. The theme of family is prevalent throughout, as well: Lulu and Mikal’s union seems unbreakable, despite occasionally being at odds, and Mikal is often paternal to others. In fact, Mikal is responsible for one of the book’s periodic moments of profundity: he tells a grieving character that if he dies as a result of not safeguarding himself, it’s tantamount to killing his loved one “all over again.” The story’s steady pace slows down considerably after the trek to the other world. Nevertheless, this action launches the series’ main arc, and Gross methodically builds upon a narrative that will continue in future books. There are still copious action scenes, though, replete with Mikal employing his cache of weapons and Lulu trying out her abilities. Tears may be shed for characters who don’t reach the end, but one death in particular will likely generate applause.

An interplanetary tale with stellar characters that will put readers on the hunt for the next entry. 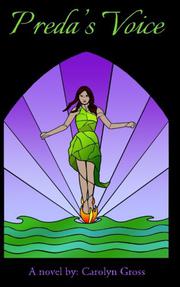 A twist on the fantasy genre turns this debut thriller into a story about a girl discovering her unusual strengths.

From a young age, Preda Torrance was told to be quiet. And not just because she screamed or whined all the time—it turns out her voice could maim and even kill. Now 17, she has changed schools so often— after expulsions for her voluntary muteness—that she has given up on having friends or even a nice family: her father, a cruel, sadistic man, mistreats Preda both physically and emotionally. One day, however, a former employee murders her father in front of her. When the culprit threatens Preda, she kills him with her scream. The next day, when a mysterious man who seems to be a detective pulls her from the classroom, Preda figures that she’s headed for prison or a mental institution. To her surprise, she learns that not only is her father not her father, but she is not even human. Her new caretakers explain that their race is at war with the Soundless (“Fanatics devoted to the extermination of spoken words and the manipulations they can produce”). Preda, though still young, needs to begin training to join the fight. With teenagers Jim Acres and Will Stall, two industrious agents dispatched to keep an eye on Preda, she will have to learn to use her gifts in the greatest conflict of her life. Accompanied by a cat with one ear, she begins a dangerous journey that will eventually take her to Buenos Aires and an island off the coast of Antarctica. Gross raises the teenager-discovers-hidden-powers trope to a metaphorical level, suggesting that one’s voice—a symbol for confidence and action—can affect the outcomes of immense struggles. The dynamic novel shows rather than tells details about Preda’s character while skillfully capturing the internal voice of the teenage girl: “The last thing Preda remembered thinking before losing consciousness was how disappointed Foxy and Al were going to be that she had already gotten herself killed—in an airport bathroom, no less.” Although the narrative exploits some overly familiar elements (for example, a momentous war between nonhumans that humans don’t know about), the distinctive powers of the main characters make for a refreshing read.

An energetic tale injects a teenager embracing her unconventionality into a fast-paced fantasy plot. 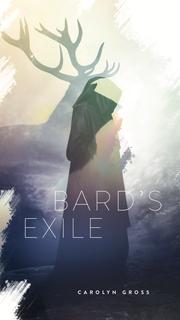 A blind gambler and a determined princess must save their home in Gross’ (End Bringer, 2016, etc.) novel.

An unnamed city hangs on the edge of chaos as a fatal plague strikes at random, and the corrupt Misson family squeezes money from a desperate populace using blood sports and gambling. Marek, born blind and raised in a brothel, navigates the city using his finely attuned senses and his faithful companion, Bright, a deadly doglike creature. On the opposite end of the social spectrum, Princess Selena is trapped in a bad situation: she’s dreading an impending marriage to the corrupt, drug-addicted Sellard Misson, who’s forced upon her by her mother. An encounter with Sellard lands Marek in the dungeons of the royal palace, where he encounters Selena fleeing her nuptials. The two must evade Sellard’s forces in a city chafing under plague and Misson cruelty. The ferals, an ethnic group living outside the city walls, become their allies, as does the King’s Guard, a military unit torn between loyalty to the queen and love of their princess and people. It becomes increasingly clear that Marek is not an ordinary man, but a being somehow connected to the Bards, a supposedly wiped-out race of magic-wielding beings. Marek, a likable and interesting character, unfortunately recedes halfway through the book after a dramatic transformation. Selena stays more consistently compelling. No mere damsel in distress, she must balance self-preservation with deeply felt responsibility, and she displays an appealing mixture of intelligence, strength, and vulnerability. The book’s first half is better; the personal problems of Marek and Selena mix interestingly with the increasing social turmoil of the city. The second half, which takes place after a time jump, lacks the novel’s initial clarity and tension-filled plotting. More developed secondary characters (such as Marek’s adoptive mother, Fae) would have strengthened Gross’ already strong worldbuilding. The main characters appealingly contain shade and nuance, even among the villains, like the reprehensible Sellard.

The first half outshines the second in this promising fantasy novel.