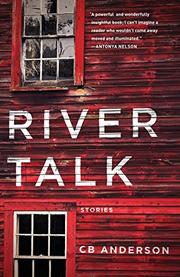 Though journalist Anderson is a first-time author, her sensitive and startlingly perceptive debut proves she’s on her way to being a master. With the grace of an adept eavesdropper, these 17 short stories slip quietly into the heartbreaks, disappointments and hopes of people living in Maine’s western valleys. Haunted by their choices and responsibilities, Anderson’s characters are working people—bartenders and welders, bakers and jewelry makers, hunters and taxidermists—all in search of meaning. In plainspoken but richly detailed prose, she captures the claustrophobia of small-town life, and in each story, her protagonists seem caught in the moment just before epiphany, looking through windows into what else might be possible. By rooting herself in objects and description, Anderson manages to navigate this interior landscape without veering too far into the sentimental. Of a character visiting a former home where her ex-husband still lives with his new wife, Anderson writes: “When Jeanine sits the groan of the springs is familiar. On one of the pillows is a long brown hair, Diane’s. Jeanine picks the strand up and studies it—no split end—then drops it.” In these small moments, Anderson’s gifts of attention and emotional precision are on shining display. Though the stories here all share a particular world and mood, Anderson also reveals impressive range: Her characters—of different genders, ages and dispositions—each have a distinct voice, and she writes confidently in first-, second- and third-person points of view. Though a few of her flash fiction pieces, such as “Dance Recital for the Men of the American Legion in April,” stand out, some of the shortest stories in the collection can feel anemic, if evocative. Still, Anderson excels at first lines—“Until Nina met Luke, it never occurred to her that people would have sex on a painting”—and there’s not a single story readers will be tempted to skip.

A triumphant, probing debut that promises both literary and mass appeal.