Connect with Charles A. Salter

Charles A. Salter served as a uniformed scientist in the U.S. Army for 28 years, nine of them at the Armed Forces Radiobiology Research Institute. An expert on radiation defense, he served as Director of the Medical Effects of Ionizing Radiation course and taught it world-wide to all branches of the military and public health service throughout the U.S. system as well as to allied nations. He has published over a dozen nonfiction books and hundreds of articles.

Currently he is writing the Brad Stout Adventure series of novels, each of which is based on true military cases and unsolved mysteries, particularly those involving nuclear and radiological emergencies or terrorism.

He grew up in south Louisiana and graduated from Tulane University in New Orleans. Many of his most popular characters are based on Cajun and other Southern folk he grew up with.

“A broad, satisfying thriller that's as invigorating as it is charming.”
– Kirkus Reviews 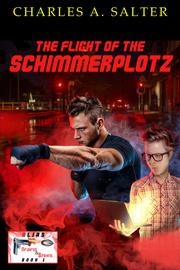 THE FLIGHT OF THE SCHIMMERPLOTZ

A tough guy and a genius embark on a dimension-hopping adventure.

As Salter’s novel opens, all seems peaceful enough. A cheerful group—Breslin “Brex” Herndon, the smartest science nerd in the world; Jack “Jacks” Rigalto, his friend and former bodyguard; and Sara, Jacks’ 6-year-old daughter—is enjoying a day in Manhattan’s Battery Park when a mysterious portal, a schimmerplotz, opens in thin air. Brex and Sara are spiritually drawn to it. By the time the quick connection is broken and Jacks’ friend and daughter are restored to him, they know quite a bit about the portal—and the dystopian world on the other side of it. The two experienced the horror of this grim realm and the dark villainy of a general named Bnindagun, and, unfortunately for them, he’s aware of them in turn. Brex and Jacks are employees of the newly created Cosmic Intelligence Group. Much to Brex’s confusion, his bosses don’t seem interested in following up on what looks like Bnindagun’s elaborate plan to range over different dimensions and diverse time periods. This throws the burden of an investigation squarely on the wisecracking but effective team of Brex and Jacks in a fast-paced plot that reaches out to include Sara; Jacks’ wife, Momma Sara; and her identical twin sister, Tara. Salter adopts a breezy, friendly tone throughout. Even during the story’s frequent and well-managed action sequences and when the plot’s developments are sinister and foreboding, the author maintains a bouncy repartee between his unlikely pair of heroes, always contrasting Brex’s arch intellectual snobbery with Jacks’ rugged directness. As the first volume of an action-adventure series, the book is winningly inviting. The two heroes go from one mishap to another in Bnindagun’s alternate timeline, always with Brex supplying the exposition and Jacks delivering the snappy comebacks. Readers will be eager for more. 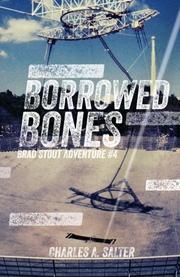 In Salter’s latest thriller (The eBay Guardian, 2013, etc.), the recurring protagonist is sent to Puerto Rico for a covert assignment that may have global implications.

Maj. Brad Stout is having trouble getting details on his latest Unexplained Radiation Phenomenon mission. He’s too busy trying to protect the congressman who’s supposed to give him the particulars. When Stout finally arrives at the compound, he has a lot on his plate: He’s in charge of a team of scientists assembled to explain and possibly thwart a phenomenon that could be catastrophic to the planet, and terrorists are trying to force their way into the building. Before Stout even learns exactly what his mission is—at which point the scientific element enters the story, over a third of the way in—he saves the congressman and his mistress, Lindsey, from a tiger shark; is attacked by a snake; and lands himself in a gunfight. Without revealing the precise URP that Stout faces, Salter presents scenes of scientists discussing theories and predictions to plan the team’s next step. But the story never lags, continually building intrigue and suspense, and there’s the constant threat of the terrorists, who repeatedly try breaching security and lead Stout to teach the scientists how to handle guns. The novel shows shades of sci-fi, but it’s primarily an action-crammed thriller. Salter avoids lingering on violence and any vulgar language, though his protagonist may be a bit too wholesome this time around; Stout, who’s cut off from his wife, Mary Lou, and their twins, hardly seems tempted by Lindsey, whose obvious come-ons consequently have little dramatic impact. His reaction to Bertram Skitlik, however, is unmistakable, as the mere mention of the peevish scientist’s name causes Stout to grimace and come close to swearing (“egotistical a-hole”). And that’s just one of the many obstacles that readers will enjoy watching Stout overcome.

Coursing action with a sci-fi flavor. 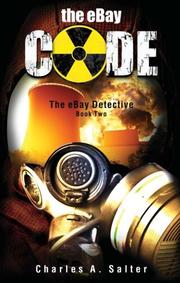 In Maj. Brad Stout’s return, he must foil a radiological threat against the president mere hours before his wedding.

Part of Brad’s job at Armed Forces Radiobiology Research Institute is monitoring eBay for anyone selling radioactive material. The Army major believes he’s uncovered an online sale written in code that offers a potentially lethal item related to a 1961 nuclear incident in Idaho. There’s also an allusion in the code to the president’s upcoming visit to Camp David. Brad desperately attempts to warn the president about the scheme, and he’s also in serious danger of missing his wedding to his pregnant fiancee, Mary Lou. Though short, the second book in Salter’s (The eBay Plot, 2012) series packs a mean punch. In addition to the nuclear threat and pending nuptials, Brad is attacked by dirty-bomb terrorists—he’d thwarted their plans in his last adventure—seeking a World War II–era diary they believe he possesses. Brad also travels to Germany when a loved one is kidnapped, and he meets his odd, insular Cajun future in-laws. The novel can sometimes read like Salter was trying to squeeze in as many genres as he could: action, espionage, drama, a detective story, comedy with Mary Lou’s Ma and her nearly incomprehensible Cajun dialect, and even romance, as Brad and Mary Lou’s intimacy is in ample supply. Fortunately, though, the story isn’t convoluted, and there’s always some elbow room in the narrative. The best scenes deal with the bonding between Brad and his father-to-be: Brad calls him Dad and contrasts him with his own father, a cold, violent man. The two men work together in tracking down the highest bidder for the dubious eBay auction. But at the core of the story are Brad’s fear and excitement about his future marriage and impending fatherhood. For instance, despite having just survived an attack, he’s worried he’ll incur his fiancee’s Cajun wrath if he’s late picking up her father from the airport. Tellingly, the countdown, which begins about halfway through the novel, counts down not to the threat against the president but to the wedding day.

A broad, satisfying thriller that’s as invigorating as it is charming. 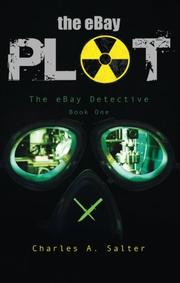 U.S. Army major Brad Stout must go undercover into the cyberdepths of eBay to foil a deadly radioactive threat in the first book of Salter’s eBay Detective series.

The Army’s leading experts in weapons of mass destruction are being taken out one by one in suburban Maryland, just miles from where they serve their country as critical researchers. Brad, a decorated veteran of the Bethesda-based Armed Forces Radiobiology Research Institute, is hard at work piecing together a series of questionable purchases by anonymous eBay buyers. He devises a cunning online strategy, offering to sell radiobiological items on eBay, and soon, the prime suspect in the murders is in FBI custody. At home, he has a spinster sister, with whom he shares troubling memories of their abusive father, and a new fiancee, Mary Lou, who’s pregnant with twins. Brad’s ready to return to his normal life—until he receives an email from another anonymous buyer. Convinced that this new buyer is working with the first, Brad panics, believing that he, his fiancee and his sister could be the next casualties. He races to protect those he loves, while keeping dangerous weapons out of the hands of a psychopath. Based on a true story, the engaging plot reaches back into World War II history and secret Nazi laboratories. Its prose and hackneyed dialogue don’t offer the same sense of excitement, however. For example, in the opening chapter, a villain fakes an injury, and when an innocent woman asks what she can do to help him, he replies, “You can die!”; in a later scene, when a character asks the same villain what he should do with some sensitive materials, he replies, “You can take them to your grave!” The novel’s structure is repetitive, as well, with Brad alternating between the government facility, his eBay basement and his girlfriend’s home. The bond shared between Brad and his sister feels genuine and lends them some depth, but Mary Lou is depicted as an overseasoned Cajun stereotype.

Brad Stout forges an uneasy alliance with another eBay radiation tracker and they uncover a plot to assassinate a top government official in a faked hospital rad therapy accident. But who? When and where? And can he trust his new partner or is this all a trick to take Brad down instead?
Published: July 9, 2013
ISBN: 978-1625632784