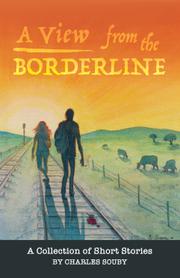 A VIEW FROM THE BORDERLINE

A collection of tales that involve a quirky hodgepodge of comedy, romance, and satire from the author of A Shot of Malaria (2014).

In the opening story in this book, “Silver Slum Dog,” Leonard meets Hilda at a horse racetrack. The new acquaintances seem to connect, but Leonard may be too preoccupied with validating his betting system despite Hilda’s instinctual skill at picking winners—a situation described in a lighthearted tone, which all the tales herein showcase in some capacity but not every story maintains. In “Eloi Reduction,” Red Pupkin, a drunk well known to authorities, is determined to get into a popular Hollywood Boulevard club and simply dashes past the gatekeepers. That amusing setup turns horrifying when a police officer chases him—and encounters a scene of shockingly sadistic violence. Some of the author’s satire shows wit even when it’s bleak. In the case of “The Parable of the Nerd & the Antelope,” antelopes in Africa introduce human ideas into their midst but, like humanity, are soon in danger of spiraling into war and violence. Souby’s breezy prose eases readers into the assorted narratives, though it’s most effective with the handful of varied love stories. The titular tale, “Christa’s Case: A View From the Borderline,” is a romance between prep school students in 1973, one of whom a doctor has diagnosed with a borderline personality disorder. This story is followed by one of love lost; in “Attack of the Poker Face,” Teddy is certain he understands how his wife tips her hand, a “little tell with her left nostril whenever she was bluffing,” and he uses this conviction to prove she’s having an affair. Souby periodically returns to a theme of warmongering humans versus the more peaceful animal kingdom; though the collection leans toward despondency, his final two stories end the book on positive notes. 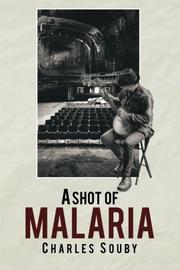 A SHOT OF MALARIA

A musician copes with addiction, mental illness, and dreams of recovery in this novel.

Daniel Martin at first appears to be an archetypal character. Living off the meager earnings of his street-corner banjo playing and the periodic release of savings bonds left to him by his grandmother, he believes his heroin habit isn’t a big deal. Despite his 15-year addiction, he explains to his counselor at the methadone clinic, Elsie Schwartz, that he just needs a little short-term help to get back on his feet. But while parts of Daniel’s life may seem like familiar tropes, the depth of his characterization should strike even the most jaded readers. Daniel’s story reveals his profound, driving need for connection and companionship. He yearns for a girlfriend and the comfort and closeness of a relationship, especially over the upcoming holidays. But his feelings for Elsie can’t go anywhere, and when he meets a woman named Caroline, she falls into a recognizable pattern for Daniel—most of his friends are addicts. With Caroline enabling him, her dealer husband breathing down their necks, and his best friend, Cody, suffering from terminal cancer, Daniel has plenty of reasons to keep using and to follow that instinct to his death. His abiding Aunt Teresa and his few clean friends and loved ones try to pull him out of his addiction, depression, and suicidal thoughts, but it ultimately comes down to whether Daniel will allow intervention to succeed. Complexity and uncertainty fill the pages of Souby’s (Winifred, 2014) tale. The open, blunt first-person narration provides a thorough sense of Daniel’s character, and it’s difficult not to feel for him and to understand the bleak twists and turns his mind takes on a regular basis. But what makes the story stand out are its descriptive prose and sense of place. The highs and the shaking lows are palpable. (At one point, he muses about mixing cocaine and heroin: “A nice concentrated blast of coke rocketing my soul to the stars with the dope dropping me back down like parachutes guiding a space module.”) But even more tangible are the fog-swept San Francisco streets and the sights and smells of dead-end bars and vomit-streaked clothes. While Daniel’s world is not for the faint of heart, it delivers a rich, revealing darkness unlike what readers encounter in most books.

A powerful, empathetic study of place and character with great depth.

In his debut novel, Winifred, Charles R. Souby tells the story of a despondent, cynical, middle-aged widower who finds salvation and a purpose for living in the unlikely form of a young woman struggling with drug addiction, among other demons. What looks to be a May-December romance gets turned on its ear by a stunning revelation. Instead, Winifred is an unconventional love story filled with shocking twists and turns. With suspense and empathy for its deeply troubled and flawed characters, Winifred unfolds a fascinating, complicated human drama while raising intriguing questions about the role of fate and the meaning of family.
Published: Dec. 15, 2014
ISBN: 978-1495801013