Chris Culler grew up overseas in Guatemala, Iran, Brazil, Peru and Colombia, and attended UCLA and the American Film Institute. Her first published novel, "Giving Good Hollywood" was inspired by her job as a story analyst at a major film studio and was listed in Kirkus Review's "Best Indies of 2011." In addition to her recently published romantic adventure novel, "101 Your Mother Said You Could Die," she is completing "The Heirloom," an historical novel set in New York City, Europe, and India. She currently lives in Venice, California with her husband and their cat. 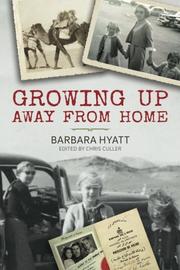 GROWING UP AWAY FROM HOME

In her memoir, Hyatt recounts her experiences traveling peripatetically for years with her family.

Debut author Hyatt was born and raised in California and graduated from UC Berkeley in 1950 with a degree in zoology. She landed a position as a lab technician at the Atomic Energy Commission while her soon-to-be husband, Pete, was drafted into the Korean War. In 1951 they wed and moved to Virginia, where he was stationed. Pete was hired by United States Rubber International—a company with interests all over the world—and in 1956, after a stint in New York, they moved to Guatemala with their two young daughters. That trip launched years of breakneck travel across three continents, including stays in El Salvador, Iran, Brazil, Peru, and Colombia. There was never a shortage of hurdles to clear—unfamiliar languages, radically divergent cultures, and a host of logistical problems, including finding adequate health care and education for the children. In some cases, political unrest and violence loomed over them as grim realities. While in Colombia, a family the author befriended was subjected to the kidnapping and ransoming of their son. There was also family conflict—Pete’s parents strenuously objected to their grandchildren being moved to Tehran. The sometimes-exciting but also alienating effects of serial dislocation finally took their toll on Hyatt’s marriage, which ultimately ended in divorce. The author often supplements her narrative with letters she wrote at the time to her mother, which are like little epistolary time capsules. And while the focus of the remembrance is personal and familial, the historical backdrop often referenced is the Cold War and the way geopolitical circumstances affected this band of expatriates. The author writes in clear, accessible prose and is impressively forthcoming. Also, the memoir is a kind of historical travelogue, vividly depicting quarters of the world not always traveled by Westerners. Hyatt’s work is not a philosophically minded retrospective, and so the reader looking for more in-depth commentary on world affairs, or even her own life, might be disappointed. Interspersed throughout the book are black-and-white photographs chronicling the author’s travels, some of them grainy from age and most of them personal.

A brief, fascinating look at the virtues and vices of wanderlust. 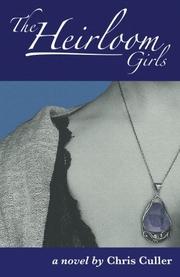 A novel follows several generations of women in a lineage inspired by an ancient amulet.

Hurricane Sandy is bearing down on New York City’s Rockaway Peninsula. Seventeen-year-old Maya Jones arrives at the Sea View Nursing Home to rescue her 105-year-old great-grandmother Maddy Rosario. Maya instructs Maddy to bring only important keepsakes, including a portrait of her mother and some framed pictures. There’s also a crystalline amulet—which can’t be found. When the women get stuck in the nursing home elevator, the narrative flashes back to 1905, to the life of Madeline Gallacuty, who’s been branded hysterical and is receiving the dismally confining Cure. While confined to her room for six weeks, she finds a crystal pendant hidden in her vanity’s drawer. An accompanying note says, “Know who you are,” signed, The Whale Rider. Once wearing the pendant, Madeline summons the strength of character to forge her own path in life, marry the man of her choosing, and become an advocate for women’s equality. Later, the meteorite-infused crystal ennobles Maddy, a fun-loving 1920s girl; Marjorie Berthe Hansman, a midcentury painter; and Mary Jane Johnson, a women’s libber active in 1970s India, to focus their talents and make strides for gender equality. Culler (101 Ways Your Mother Said You Could Die, 2015, etc.) uses a tense framing sequence to invigorate glimpses into eras when women were considered delicate, obedient, and often beneath notice. The flashbacks are rife with pointedly heartbreaking moments, as when Madeline’s cousin Lucy Fleming tells her, “Your highest duty in marriage is to suffer and be still.” Culler emphasizes not only the feminist, but the humanist perspective as well when World War I veteran Martin Amberfitch thinks: “Surely it was time to rebuild the world, not wallow in its distracting luxuries.” The nested tales are so lovingly rendered that readers will likely wish for further flashbacks to illuminate the lives of the Celtic Queen Cartimandua—in whose tomb the jewel originated—and Mr. Gallacuty’s part-Maori stepsister, The Whale Rider herself.

Romantic and tumultuous adventures that vividly distill a century of battles for women’s equality. 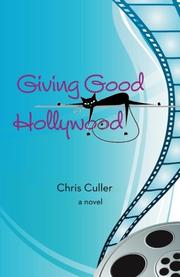 The Devil Wears Prada meets My Hollywood in this witty Hollywood romance.

Newly divorced, 40-something Natalie Saladay leaves her steady, safe existence in San Francisco and returns to Los Angeles after nearly 20 years, in search of opportunity and a little excitement. Although L.A. is ripe with possibility, it’s also full of ghosts from Natalie’s past—most notably Benny Gallo, a charismatic movie producer and Natalie’s former lover. She hopes to avoid him like the plague, but that becomes extremely difficult as Natalie has taken up her former job as a studio reader, wading through scripts and books in search of that perfect movie, at the very studio where Benny runs a division. Natalie also butts heads with Mona Pearl, her much younger, beautiful, extremely career-driven boss, who is in search of the next multimillion-dollar blockbuster and not the character-driven scripts that Natalie supports. Conflicted about her feelings for Benny—is he the one that got away or the one that she should continue to run away from?—and his motivation for going after her, Natalie can’t put off Benny’s magnetism for long and reignites a relationship with him. She soon convinces Benny to produce American Vintage, a smart, character-focused picture that Mona passes over in order to make a big budget, action-packed movie. As each movie is rushed along in order to be screened for audiences, Mona and Natalie’s rivalry intensifies to the point that it strains Natalie’s relationship with Benny, leading her to question whether or not she is risking too much for the sake of American Vintage and proving Mona wrong. Despite a few instances of heavy-handed prose and some narrative threads that tie together too tidily, Culler has crafted a smart novel that offers an unexpected look into the world of movie story readers and the Hollywood film industry in general. The characters are sharp, playful and entertaining without falling into typical Hollywood caricature; the plot contains just the right amount and variety of conflicts to keep the reader invested; and the overall story moves forward at a nice clip through a series of deceptively short chapters that leave the reader craving just one more bite.

A wonderful, quick-witted alternative to the typical romance novel. 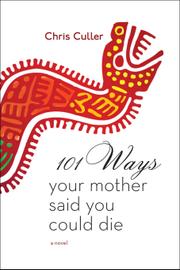 101 WAYS YOUR MOTHER SAID YOU COULD DIE

In Culler’s (Giving Good Hollywood, 2011) latest romantic thriller, a timorous widow reconnects with her first love—who may be harboring a few too many secrets.

It’s been three years since Californian Mira Barnes’ husband, Charlie, died in an accident. Mira suffers from panic attacks, as well as debilitating fears instilled by her onerous, clinging mother. She’s terrified, for example, to drive on the freeway, but she must do so to deliver decorative planters to a wedding reception as part of her job. At that same reception, she meets Alejandro de la Torre, who was her first love when they were both teenagers. They spend the night together, and soon Alejandro invites her to join him in Cali, Colombia. Although she’s initially reluctant, Mira eventually leaves her mother with her younger sister’s family in Michigan and hops on a plane. But Alejandro turns out to be associated with a member of a drug cartel, and Mira realizes that she may have escaped her fear-riddled former life only to become a captive in South America. Culler’s novel refreshingly complements the romantic tension between Mira and Alejandro with mystery and a hefty amount of wit; at one point, for example, Mira regrets giving her mother a key to her house after she walks in on Mira and Alejandro in bed. The scenes in Colombia become more intense as the couple stays at the mansion of the shady Mauricio, the groom at the aforementioned wedding reception. Alejandro cryptically warns Mira to pretend that she doesn’t understand Spanish; as a result, she overhears someone talking about her dead father. Culler’s chapter titles are particularly astute: Each is a bizarre proverb from her mother, such as, “If you think people are conspiring against you, you’re probably right.” They’re a constant reminder of Mira’s trepidations, which, in Colombia, she has no choice but to face head-on. However, the story resolves all the questions it raises and provides a gleefully open ending.