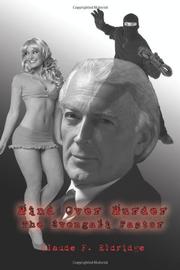 When a police officer foils an armed robbery on his first night on duty, he sets in motion a complex murder and revenge plot in Eldridge’s (Circle K Saga, 2005) latest novel.

Young uniformed policeman Patrick Riley, the nephew of legendary cop Zack Bruton, is eating at a diner with his new partner, Millie Stokes, when two men suddenly enter and draw firearms. One gets off a shot and wounds Stokes, but Riley is already in motion, killing the shooter and wounding his accomplice in a matter of seconds. A crowd instantly gathers, and media discover that the two gunmen were notorious serial killers wanted in seven states. It’s a promising start to Riley’s career; he’s always dreamed of becoming a police detective, and he clearly has the makings of a hero (“His lean muscular body was the kind that adorned the cover of physical fitness magazines, and he planned to keep it that way,” as Eldridge memorably puts it). However, he quickly finds himself caught up in a rivalry between the city’s mayor and its chief of police. When Riley pops into the spotlight again by helping crusty detective Joe Addison solve a judge’s murder, the department rewards him with a high-profile training session at the FBI Academy in Quantico, Va., where he befriends agent Paul Bledsoe. When he returns to home, he uncovers a plot to kill the jurors—in ways that look like accidents—in the murder trial of notorious thug Slippery Slade Malvo. Eldridge puts many other characters in Riley’s orbit; his investigation brings him closer to his boss, the strikingly attractive chief of detectives Linda Petrie, and her charismatic husband, Malcolm, a paralyzed former sergeant of the Metro police department, and the mind control genius behind the murder plot. (He also finds time for athletic sex with so many different partners that readers may reach for Vitamin E supplements.) Eldridge keeps his linear plot moving, with plenty of realistic details that will appeal to fans of police procedurals; his depiction of interagency politics feels particularly sure-handed. Readers may find the action scenes wanting, as the author uses the same steady narrative pace regardless of what’s happening in the story. That said, Eldridge has a well-developed feel for the curious mixture of intuition and experience that goes into criminal investigation.

An often involving police thriller with a fresh-faced hero.