Claude is a simple writer, but an excellent story teller. His easy style captivates readers - as evidenced by his Canadian best-selling novel Timestopper. He also was the runner up in the WILDsound screenplay contest for his script Middlefield Hi.

“A headlong adventure about a boy who can reshape reality at will.”
– Kirkus Reviews 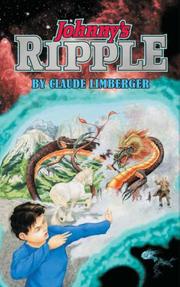 A boy’s amazing powers stand between Earth and total destruction.

In Limberger’s (Timestopper, 1998) latest YA fantasy novel, 11-year-old Johnny Twigum has always known he was different from ordinary people. Living with his mother in Cleveland (his father is a civilian contractor serving in the Persian Gulf) and leading a seemingly ordinary life, Johnny senses the thoughts of other people and feels a gap between him and other kids. The family receives the news that Johnny’s father has been killed in the Gulf, and Johnny’s world implodes. When Uncle Robert shows up with enigmatic warnings and a key to a safe-deposit box in Canada, the turmoil in Johnny’s life only deepens. Suddenly, forces seem to be aligning around Johnny: An attempt is made to kidnap him, and although he eludes it, he’s soon visited by a strange being named Kumo who, for lack of a better term, describes himself as a gnome (“Garden variety or forest?” Johnny’s mother quips). Kumo can be caustic and short-tempered (we’re told he has a “humongous ego”). He raises many questions, but he also brings answers. Johnny, he reveals, is one of those rare individuals whose chakra arrangement gives him amazing superpowers, including mental telepathy, transformation, invisibility and the capacity to use the 11th chakra to open “connection[s] to other worlds and dimensions.” Limberger presents all of these abilities as both awe-inspiring and as the products of science—quantum mechanics is invoked throughout, as is something called “quantum tunneling.” As Johnny attempts to master his powers, he’s still being relentlessly pursued by Jarvis Spinner and his nefarious associates (the type of eminently hissable villains who say things like ‘‘Faith? Bah! Certainty comes from your own will. Relying on the strength of others is a weakness”), who are intent on using Johnny’s powers for their own selfish purposes. The adventures that ensue, told with straightforward enthusiasm, will keep young readers turning pages.

A headlong adventure about a boy who can reshape reality at will.

Afterworld Conversations is a provocative and thoughtful account of a world most of us know nothing about. Claude Limberger takes on the daunting task of interviewing an interesting array of spirits. Within these differing conversations Claude is propelled into amazing life-altering experiences, which pulls the reader into the fantastic situations painted by the skillful pen of the author. It is an inspiring book for anyone who has ever wondered if there was more to life! Claude's exquisite imagery will haunt you into eternity.
Published: Nov. 30, 1999
ISBN: 978-0968138724

Afterworld - When Ghosts Disappear is an adventure story about the spirit when the body dies. The book takes place sixty years in a dark future and begins with the death of the main character, Claude. It follows him through his many adventures as a ghost. He encounters a diverse spectrum of spiritual entities who aid in his adjustment to spiritual form, but he is driven to help his grandchildren, and his intervention causes the death of two of them.
Published: Dec. 1, 1996
ISBN: 978-0968138700

The sequel to Johnny's Ripple. The continuing story of Johnny Twigum after he was kidnapped by his evil grandfather and forced to see the world through his twisted teachings. He escapes through the help of all his new found friends but especially with the help of Fuzzy a furry creation of one of his ancestors. His grandfather stops pursuing Johnny only after he sees Johnny struck and killed by one of his ex-employees. But this is not the end of Johnny's story ... it is continued in the finale to the trilogy in Johnny's Solution.

Timestopper is an adventure book taking place on another world very similar to medieval Europe. We follow Einu, a young boy in his quest to rid his world of magic and the last evil sorcerer who stands in his way. In what should be a straight forward fantasy story, this novel shockingly turns out to be a real life adventure for the author, or perhaps, it is the author who is lost in a Walter Mitty type story.
Published: Jan. 6, 1997
ISBN: 978-0968138717