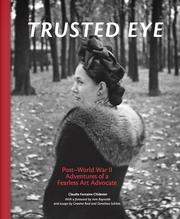 Virginia “Ginny” Fontaine nee Hammersmith was born in 1915 in Milwaukee, Wisconsin, and was encouraged to take a passionate interest in art by her paternal grandfather, Paul Hammersmith, a “well-known etcher of Wisconsin landscapes” and founder of an engraving company. Fontaine eventually matriculated to the Yale School of Fine Arts but never earned a degree; there she met her future husband, Paul Fontaine, a painter, and resigned herself to giving up painting herself. She never gave up her love of art, however, a lifelong obsession. Fontaine married Paul in 1940. In 1942, he was drafted into the Army and was sent to Frankfurt, Germany, a city destroyed by the war and under Allied occupation. Fontaine joined him, and she quickly became active collaborating with the Jewish underground helping Jews resettle in Israel and then as a central figure in the German art world. Fontaine helped scores of artists languishing under an occupation that made selling and exhibiting art exceedingly difficult. Chidester, Fontaine’s daughter, focuses her study on Fontaine’s years in Germany but also touches on her struggles to balance work and motherhood, the assistance she gave to those persecuted by “rabid anticommunists,” and her personal battle with alcoholism. A vivid recollection of Fontaine’s fascinating life emerges—one that the author allows to be conveyed largely through Fontaine’s letters, a strategy that provides her with a measure of objectivity despite her obvious love and admiration for the subject. As Ann Reynolds aptly puts it in her foreword: “Her book, then, is not a memoir; it is a biography that subtly frames primary documents so that Virginia Fontaine’s voice draws the threads of her own life together to tell a history that we all need to hear.” Moreover, the book is brimming with beautiful photographs of both people and artwork.

A thoughtful biography of an important figure in art history, handsomely adorned with photographs. 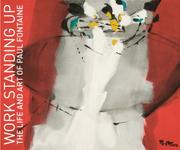 An exhibition catalog, published on the occasion of a recent retrospective at Baylor University’s Martin Museum, focuses on the three artistic periods of a forgotten American painter.

This book commemorates the centennial of Fontaine’s birth and consists of a preface and biography by the author, the artist’s youngest daughter, a foreword by Baylor University art history professor Kate Robinson Edwards, and essays on Fontaine’s career by art historians Margaret Senz and Mary Brantl and artist Robert Linsley. (Chidester notes that this year is also the 100th anniversary of the famous New York Armory Show that changed the world of modern art.) Fontaine doesn’t fit neatly into any genre, category or regional school of painters; Linsley, in his essay, refers to the painter’s work as “cosmopolitan modernism,” and in an “artist statement” written in 1949, Fontaine called his work “non-objective pictures.” “All art, just as time, is in transition,” he wrote. He tackled surrealism of the Giorgio de Chirico variety and painted WPA murals steeped in realism, regionalism and social commentary. He was born in Massachusetts of French-Canadian parents, and at the age of 8, he drew an upside-down car good enough to get him into the Worcester Art Museum School of Art. Reproductions of some of his early figure studies from the late 1930s convey his natural gift for drawing. He later earned his bachelor of fine arts at Yale University in 2 1/2 years (it normally takes takes five), and in 1941, he and his new wife, Virginia, began a long life together as expats. He followed his artistic vision wherever it took him, including Darmstadt, Germany, from 1953 to 1970, where he served as the art director for the European edition of Stars and Stripes. Chidester’s well-researched yet intimate biography relies on extensive correspondence and diaries and manages to bring her father’s long-overlooked career to life. She and her fellow essayists brilliantly demonstrate the progress and processes of the artist, who left behind an estimated 600 works in public and private hands. Many of his later, lively, abstract paintings are reproduced in eye-popping color.

An engaging revival of a talented, expat painter who was overshadowed by his midcentury contemporaries.