Cleland Smith is the debut author of science fiction novel "Sequela". She is also a prize-winning poet and performer, mother-of-two, and former country singer.

Smith has worked as supermarket store detective, knowledge engineer, business analyst in the banking sector and as the development manager for an award-winning online learning company. She has published three books of poetry under her maiden name, Angela Cleland, with Templar Poetry and latterly Salt Publishing. She is currently working on her second novel.

“...not only impossible to put down, but conceptually mind-blowing.”
– Kirkus Reviews 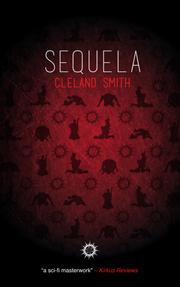 Set in near-future London and revolving around a naïve young scientist’s meteoric rise to fame in the lucrative viral-design industry, this pseudonymous debut (the author is Scottish poet Angela Cleland) is a sci-fi masterwork.

Part futuristic corporate thriller, part powerful cautionary tale, this provocative, disturbingly plausible novel provides a glimpse into humankind’s ugly future. When Dr. Kester Lowe, one of the leading minds in viral design, accepts a job at the London-based technomedical giant V, his life irrevocably changes. In a society where sexually transmitted designer diseases are a fashion statement—the streets of London are described as “a midsummer party in the plague ward”—Lowe’s talents, with the help of his seductive and highly manipulative boss, Alexis Farrell, quickly make him a superstar in the fashion world. He’s suddenly rich, famous and—in a business climate where sex is power—coerced into having sex with a bevy of VIPs for the good of the company. But as his viral creations (the desirable symptoms of which include gold-rimmed eyes, luminescent lymph nodes, etc.) are taking the fashion industry by storm, a group of religious fanatics plot to destroy Lowe’s career and reputation and put a stop to the morally unacceptable fashion trend. The worldbuilding here is remarkable; Smith’s London of the late 21st century is meticulously described and vividly imagined. The narrative tone, while understated and stylish, has a decided edginess to it, and the cast of well-developed, three-dimensional characters is remarkably relatable. The pacing is brisk and the storyline complex without being convoluted. The ultimate result is an utterly readable novel, not only impossible to put down, but conceptually mind-blowing.

Dingwall in the Highlands of Scotland