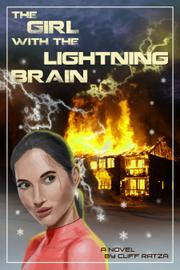 THE GIRL WITH THE LIGHTNING BRAIN

A girl of abnormally high intelligence grows up in a future world plagued by a virus whose primary symptom is cognitive impairment in this debut sci-fi novel.

Electra “Kitt” Kittner is born into tragedy at the tail end of the 21st century. A lightning bolt crashes through a kitchen, killing her pregnant mom, Indira Ramanujan, and her paternal grandmother. Electra miraculously survives, and her dad, Jason, and her grandfather Justin “Doc” Kittner quickly learn that she’s exceptional—she starts speaking at a very early age. Indira had been part of the Worldstar Team, along with Jason and his friends Su-Lin Song Chou and Adom Ola, all with Ph.D.s in biotechnology. Working for the National Institute of Health, the Worldstars have been developing a vaccine for the Techno-Plague, which renders victims with “fuzzy thinking.” Effective vaccines, however, are countered by mutations of the virus. Electra has a natural immunity to the T-Plague so Jason, fearing what the government might do to her, convinces her to keep her abilities a secret. She spends her childhood subduing her superior brain, strength, and agility. But she’ll soon put all of those to good use in generating a vaccine; taking out a terrorist group, Isilabad, intent on weaponizing T-Plague or attacking Electra’s loved ones; and exposing potential moles at NIH. Ratza’s first installment of a series is incisive and profound. Ever-learning Electra, for example, mulls over various types of religious beliefs and philosophies. She even has her own philosophy, Neurosci-Extended Deconstructed Kantianism. Customs of the future, too, seem plausible, like co-friendship, conceived to incorporate couplings of any gender. Though the novel starts with alternating time periods (initial signs of the T-Plague, 2092; Electra’s birth year, 2097; and 2115), it isn’t long before the narrative is chronological. This leads to some repetition (projects involving vaccines that readers know are still ineffective by 2115) and lulls, with Electra suppressed. But action gradually increases, as the formidable teen—and later twentysomething—takes down terrorists or just depraved men in general.

This series opener boasts an exemplary protagonist and leaves plenty of story avenues to explore.

THE GIRL WHO CLONED LIGHTNING

In this fourth installment of a series, a 22nd-century woman of superior intellect handles a multitude of tasks, from working on a cloning project to campaigning for political office.

Electra Kittner’s “lightning brain,” which she’s had since birth, has afforded her above-average intelligence and strength. She’s used her abilities to combat cyberterrorism and produce vaccines for the global, cognition-affecting T-Plague virus. During that time, she’s grown another personality in Alisha, who’s more “fun-loving” and emotional than Electra. By 2126, Electra is planning to run for Congress while Alisha has garnered popularity as the star of a Supergirl TV show. But there’s so much more on the Electra-Alisha plate. Electra, for one, successfully creates a clone, which, in order to avoid potential controversy, she keeps secret by claiming she has adopted a daughter, Ariadne. Sadly, troubles persist, as China, Russia, and Africa form a group to ensure total dominion of the world’s cyberspace. But dissension within the band only leads to more opportunities for cyberterrorist strikes. Meanwhile, the T-Plague virus mutates into an STD, and a previously unknown enemy targets Electra for abduction—or worse. Trying to prevent further cyberattacks is sure to heighten the danger in which she already finds herself.  Ratza’s (The Girl Who Electrified the World, 2018, etc.) latest sci-fi volume continues to develop the protagonist. In preceding entries, Electra has struggled with empathy, and this book’s mother-daughter bond adds an entirely new element. Electra, without Alisha taking over, grows close to Ariadne and loves her as a child, not a clone. At the same time, the story is rife with subplots, and while they greatly slow down the action, they’re also engrossing and thematically linked. Family, for example, plays an important role: Electra learns about and meets a blood relative, and there’s infidelity, spawning a fair amount of melodrama, among her married friends. The author’s lucid writing breezes readers through a seven-year narrative and a fast-paced ending that unquestionably sets up Book 5.

A worthy sci-fi tale with an evolving heroine and a bevy of engaging secondary storylines.

THE GIRL WHO SPARKED THE SINGULARITY

A heroine juggles her personal and professional lives while trying to pinpoint the hacker stealing and leaking her information in this fifth installment of a series.

After surviving a terrorist attack in Lebanon, Electra Kittner returns to Washington, D.C., with a 6-year-old fellow survivor, Qama, whom she quickly adopts. Around the same time, her Linguistic App software has “morphed” into an artificial intelligence that calls itself Indira, the name of Electra’s mother, who died by lightning bolt while giving birth to her. Electra is enjoying her expanded family, which includes Robin—the intimate “co-friend” she lives with—and the woman’s adopted twins. The perpetually busy Electra is an actor-turned-screenwriter; frequently advises presidential hopeful Sen. Angus McTear; and works in research and development (for example, the study of transhumanism or, more specifically, cyborgs). But she’s understandably shaken by anonymous “open letters” to the public, as they feature information someone has unquestionably reworded from documents Electra has written. Certain a hacker is perusing and leaking her confidential files, Electra asks Indira to help her locate the culprit, who eventually resorts to emailed taunts. She must also handle occasional threats that are more physical and immediate. Ratza’s story sometimes feels like a string of concurrent plots, from Electra’s political conversations with Angus to her Hollywood projects. But the intermingling of her worlds results in an overall cohesive and engaging narrative. Electra, for example, is initially unsure what the hackers are after, and menaces from one of her professions may be targeting her family. As the tale spotlights Electra’s superior intellect over her physical aptitude, there are lots of discussions and only intermittent action. Regardless, Electra’s hectic schedule ensures swift narrative momentum while the cliffhanger ending, even if it’s become a series staple, is gleefully mysterious.

Another satisfying volume in an SF saga that shows no signs of slowing down. 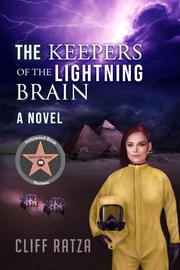 THE KEEPERS OF THE LIGHTNING BRAIN

Four orphaned siblings take on a mysterious but unmistakably perilous assignment in this first installment of Ratza’s new SF series.

By the mid-22nd century, Electra Kittner, whose “lightning brain” has afforded her exceptional intellect, has been missing for two decades. She had employed her skills for such things as battling the deadly T-Plague, and the “Keepers Group” has been meeting annually to keep her memory alive. Tragically, an accident kills every group member except Su-Lin Song Chou. Indira, Electra’s AI–powered app that became self-aware, comes to the aid of ailing, 97-year-old Su-Lin. Hoping to recruit new keepers, they contact twins Eve and Alonzo Cortez and twins Nari and Nila Bose, all teen orphans for whom Su-Lin has been a legal guardian. Indira, posing as Su-Lin’s flesh-and-blood, online-only administrative assistant, sends the American teens on a Cairo mission. They’re to contact someone named Rani and “bring back” whatever he gives them. Once they score summer internships in Cairo, they can decide the best time to meet. Unfortunately, Electra has made a few enemies, who apparently believe she’s been hiding for 20 years. These individuals threaten the teens even before they leave the U.S. and have eyes on them in Cairo, ultimately prompting an assault. Meanwhile, Indira, who’s withheld quite a bit from the teens, has surprises in store. They’re soon communicating with yet another enigmatic figure—a woman who, like Indira, may know where Electra has been and even where she is now.

This work launches the Keepers Series, a sequel to Ratza’s five-book Electra-centric series. Readers unfamiliar with the prior series will easily follow this opening installment. Much of this book’s narrative perspective is the teens’, and while they’re winsome characters, they’re less action-oriented than Electra. They, for one, are students focused on their intern responsibilities and, accordingly, take nearly two months before rendezvousing with Rani. As such, it’s a slow-moving story with dilemmas that include Alonzo’s hoping to wrap up things quickly so he can make it back to the U.S. for a sports training camp. Frequent conversations among characters further decelerate the narrative, but these are also indications of Ratza’s smart and historically rich writing. For example, the teens learn about the origins of the Coptic Church in Egypt, and Nari is upset over a test, certain she “screwed up big-time on Stieltjes and Lebesgue integrals” by assuming it “would cover only Riemann integration.” Regardless, the siblings face dangers, from shady types watching them to at least one person’s being involved in a crash. Moreover, the novel’s latter half picks up, as the mystery of Electra’s whereabouts comes to light. Indira is a superlative character even if she’s noncorporeal; she acts as the teens’ guide, but her unsurprising indifference often jars Eve, her most frequent contact, as Indira has a tendency to berate her. Although the plot is occasionally predictable, the delightful open ending suggests a host of ways for the series to continue.

The Girl Who Commanded Lightning

The Girl Who Electrified the World